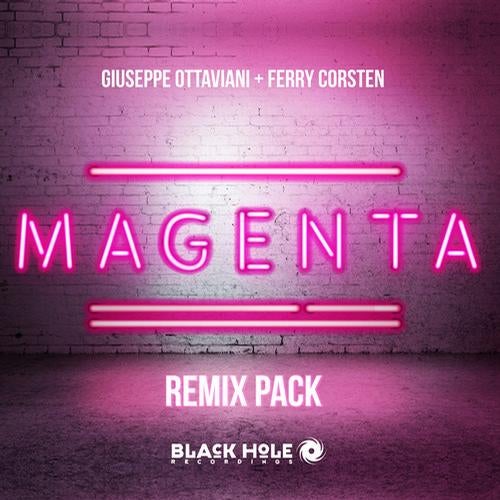 With the track already marked up as "euphoria on tap" by MIXMAG (and scoring it 8/10 in their July issue), we're pleased to serve up the reworks of 'Magenta'. Remixers on station are Greg Downey, M.I.K.E. and Giuseppe himself (covertly under his On Earth moniker), who all add new shades and hues to the floor-entrancing Original.

Giuseppe's On Earth Remix provides a diverse take on the track, consciously plotting a wholly different feel to his renowned On Air Mixes. Alive and charged with electro-set elements at the outset, it's concussive drums, flash-zoom FX, whip-fast analogue-ish drops and distortion-driven peaks will see it set light to a different time of the night.

On his remix, Greg Downey locks the beats, bass and percs into a booming, thundering trance-progressive groove. Minute-by-minute he gradually develops 'Magenta's elevating mainline into the mix's equation, finally allows the synths to reach their full sweep power at the peak of the drop.

Tying the package off, at the front end of his rework NYC-based electronic music prodigy M.I.K.E. passes the drums and percussion loops through a darker, proggier set of filters. Break-side they transpose, to stunning effect into melodic, majestic pads & chords, before he let's 'Magenta's strings sing at the mix's apex moment.