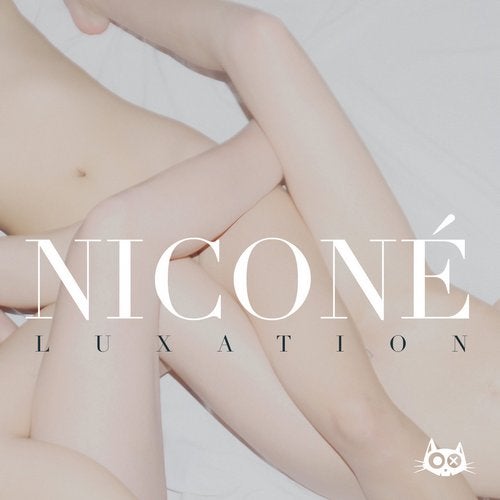 Fans who follow him will still recall with a shudder the X-ray image that showed up on 31 July 2015 on the Nicone timeline. One could see a left foot whose joint had been fixed with seven pins. Just looking at it meant entering into a world of pain.
Mr. Nicone had - so to speak - 'taken a false step'. The doctor diagnosed a so-called Lisfranc luxation, i.e. a twisted ankle/luxation plus a fracture of the metatarsus. In addition to severe pain, it also meant: he had to be confined to bed or a sofa for at least three months because he was not allowed to put any weight on it al all.
A rascal might think: bad for Nicone, good for us. And they would be exactly right. The phenomenon in which pain - emotional as well as physical - produces incredible art is nothing new. And when you are forced to remain immobile on top of it all, in a situation like this nothing would appear more logical than to produce music. It is exactly this causal chain which has blessed us with a new album from Nicone. And it did not require much thought to come up with the title: LUXATION.
Eleven tracks were the product of pain, all of them inspired by the summer weeks before, when he could still walk. What has come out of it all is thus a pure club album, probably also because Nicone would not have done anything more gladly during the production period than dance himself. It is all very atmospheric, smart and compelling, but of course it would not be what it is without the melancholy minor scales, all the more so because in those three months there were also moments when Nicone was understandably at the end of his tether, even seriously doubting whether he would ever be able to walk properly again, let alone be able to dance.
He can. And in retrospect that makes it all a positive memory, with such illustrious friends and acquaintances as Sascha Braemer, Abby, Aquarius Heaven, Malonda, Danroeschen and Ivy dropping by to visit him lying there in bed, and now appearing as features on the album.
After 'Romantic Thrills' (with Sascha Braemer), 'Let Love Begin' (both on 'Stil vor Talent') and 'Slowen' (on his own label NCNE), 'Luxation', the fourth album carrying the name 'Nicone, is at the same time the first one for 'Katermukke'. It is moreover their first artist's album. A premiere which is perfectly logical for both sides because just like Nicone the label in all its variations and multifarious levels stands for doing what one likes without worrying about categories or self-appointed judges of style and taste.
Nicone has played countless times at the Katermukke house clubs 'KaterBlau' and 'Kater Holzig' (or 'Bar25'), while last autumn, not an easy time, has given way to a euphoric summer, when he will no doubt be standing behind the mixing console once again. Dancing. Und the tracks on 'Luxation' will be playing as well - because that is exactly why Nicone makes music.
Incidentally, the cover of the album shows three nude women's bodies intertwined. It is better to leave such manoeuvres up to them because with his metatarsus Nicone will be avoiding moves like that in the future.