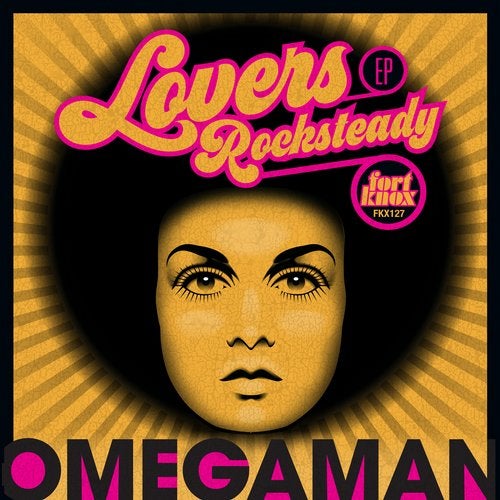 Omegaman is back with the sounds of summer! Sydney based producer, DJ and engineer Omegaman has put together this blinding 5-track Lovers Rocksteady EP which features some of Australia's hottest vocalists and musicians. Always with an ear to that classic Jamaican rocksteady formula, Omegaman has assembled an all star cast to bring those long awaited good vibes, just in time for Aussie summer.

First up is Fool Fool Tings, a classic ska scorcher to get the party started. This track features Patou, who has recorded previous tracks with Omegaman already released on Fort Knox Recordings. Hailing from legendary outfits like the Melbourne Ska Orchestra, Allniters and Club Ska, Patou knows his way around a skanking beat. Sublime horns really lift the track into the stratosphere, as the relentless and upbeat head-nodding beats carry the track.

The Lovers Rocksteady EP features a number of female vocalists, and on Forever You & Me we are treated to the lovers rock melodies of Courtney Rachel. Now calling Australia home, this UK ex-pat is in the neo-soul group The Baldwins. She exudes confidence and brings her songwriting chops to the table with an irresistible hook. You can just feel the late afternoon sun on your face and taste the salty sea air as Forever You & Me transports the listener to your favorite beach.

Omegaman has pulled out all the stops and crafted his own anthemic tune on Omega Rocksteady. Waistlines will be bubbling to these basslines, as the horns take it to the bridge. The real highlights here are the three vocalists featured; Patou, Katherine Vavahea and Tess Aboud. Its a rocksteady summer anthem and the vocalists gel together so well, you just wanna join the party and throw down.

It's back to the lovers rock vibes with There She Goes, an emotional tune with pop sensibilities. If vocalist C-Major sounds familiar, thats because he appeared twice on The Voice Australia, as well front his own group Veneno. Summer love invariably leads to a break-up or two, and There She Goes is that perfect bitter-sweet tune, and when she's gone, there ain't no stopping her. Been there, done that.

Omegaman has saved one of the strongest tracks for the final entry on this release. Strap in, put on your sunglasses and get ready to Fly with Isis Ashton and Alpha Mama. These two Sydney based ladies bring their incomparable vocal skills to bear on this sweet, uplifting rocksteady tune. You can feel the love coming right thru the speakers as their soul drenched vocals lift your spirits.