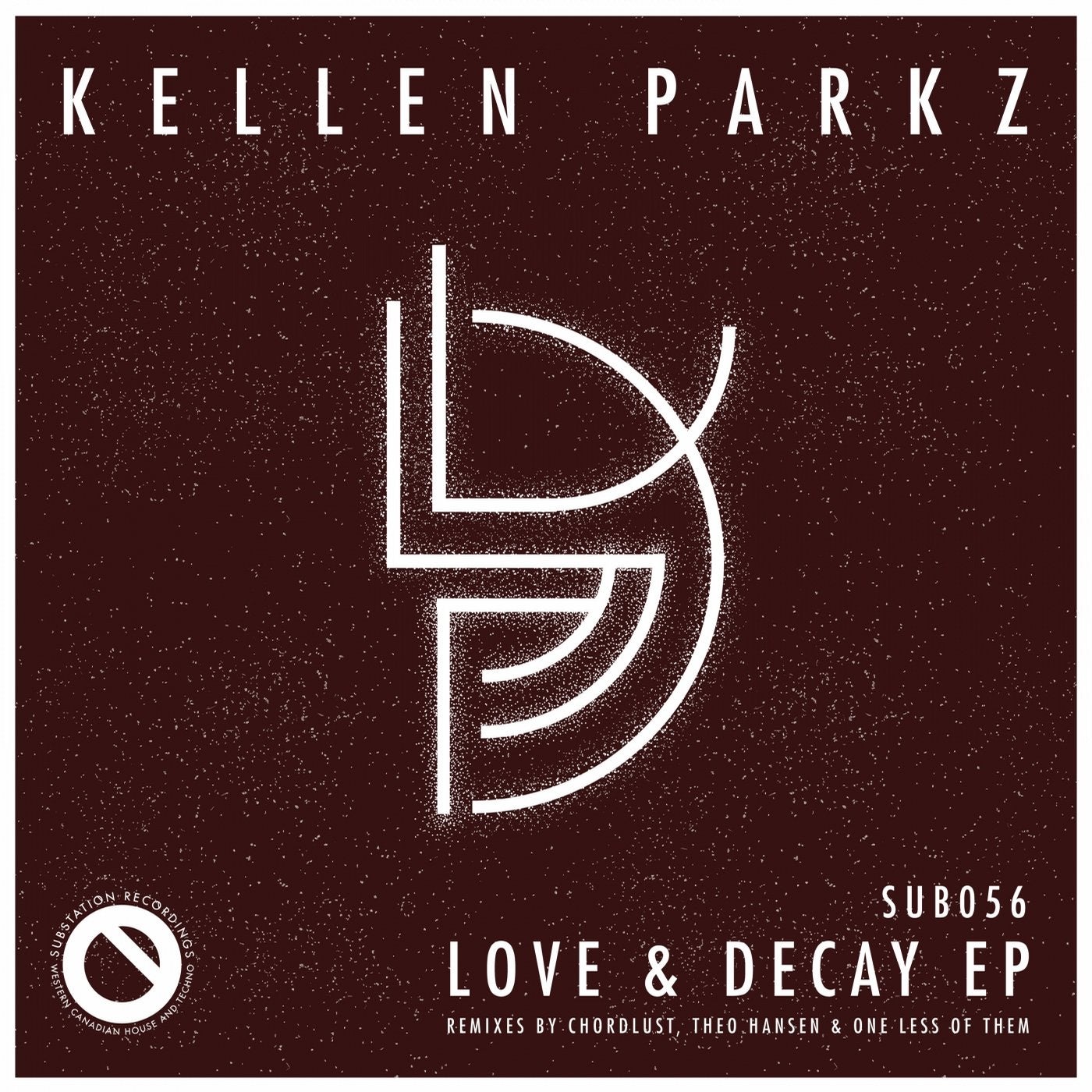 Multi-instrumentalist, DJ, and producer Kellen Parkz is one half of Wreck Room, the Calgary-based duo that graced Substation's catalogue this past June with their Color Code EP.

As a solo artist he's been showcased by the label twice before, first with the free Soundcloud download "Freshly Baked With Love" that came out earlier this year, and then as the curator of the 14th SUBCAST.

Both offerings plainly displayed Parkz's affinity for deep house brushed with smokiness, the instrumental flair of pianos, horns, and synths from across the past 40 years of musical history.

Love & Decay continues down this path, delivering a minimal four-to-the-floor track driven by leading horns and booming kick drums. The track first appeared on his SUBCAST, and now it finally sees the light of day as Parkz's first official Substation release, accompanied with remixes by some of Calgary's most innovative minds.

Chordlust has continually asserted that rather than seeing himself as a musician, he sees himself more as a technician who controls music-making machines. This industrial ethos crafts the character of his music, and his remix is no exception. A melodic build-up in the intro leads into heavy kicks drums reminiscent of warehouse techno, then gradually blends into a soundscape of ethereal digital sounds, sharp hi-hats and breakbeat-like percussion.

The eight-and-a-half minute length of One Less Of Them's remix is proof that he's taken it in the same cinematic direction demonstrated on his self-titled Substation release. It's an elaborate adventure of engrossing melodies, expertly crafted synth-work and shifting atmospheres, all delivered in house music form.

This release marks the first Substation appearance of Calgary artist Theo Hansen, an artist known locally for his live sets and his deep, progressive original creations. Both him and Parkz would often spend long sessions experimenting on various pieces of his hardware collection, something that Parkz says has had a lasting impact on his own productions. Together on this reinterpretation they bring the original into a bassier direction, adding in oscillating low bass waves that take it into a more dream-like atmosphere.

Love & Decay, and it's accompanying remixes, display a cross section of Calgary's dynamic house underground and the different musical identities of some of its emerging figureheads.