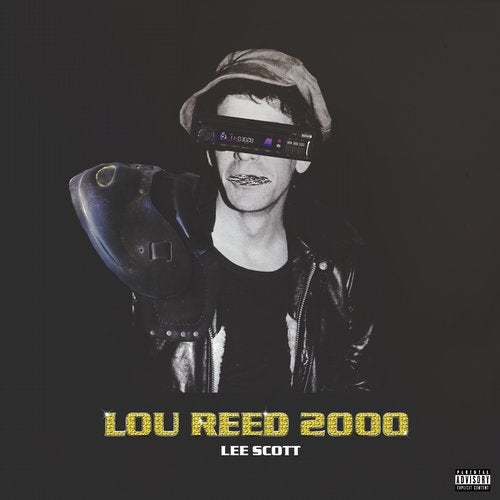 "A few months ago, following a painfully delayed journey from north to south, I was greeted to the new Blah mansion with the smell of tequila, sea bass and freshly printed money. Something was different. The clocks went forward, I was in the future, the year 2000 was upon us; the actual year 2000! The one they hyped up but didn't actually give us. Anyway, the album was already underway, about three or four songs deep. I could hear this one was going to be particularly special, with Lee taking the reins on production duties but now also having keyboard player and sometimes dabbler of guitar and bass guitar, Jack Chard at his disposal it became easier to create the sounds he wanted. A sombre, melancholy, feel good but somehow also sad and thought provoking collection of songs began to emerge. Some of the songs were reworked after Lee expressed his unhappiness at their lack of 'feeling'. I specifically recall him kicking off at no one about how a couple of the songs needed tweaking due to their lack of "real fucking emotion. I want this music to actually make me fucking feel something, for fucks sake" or something like that, he said. He immediately began frantically re-editing drums and barking orders. I think he made someone sitting in on one of the sessions cry at one point, not because he was being particularly poignant or deep but because he was just aggressively screaming about the lack of emotion in the beat he was making. The crying person appeared to make him very happy, he responded to the shrill howls with a guttural laugh followed by a screamed "yes" then thanked them. He gave them a fiver and some some tissues then bailed out of the door. No one knew where he went and I didn't see him again until the next time I returned to the south.

Upon my return, a couple of weeks later, drastic changes had been made. The floor and storage space of the hall way of the mansion was now entirely covered wall to wall with strange rustic futuristic pelf and carefully placed wires that didn't seem to go anywhere. I pushed the door open through the rubble and mess into the living room and entered to witness a beautiful but sobbing woman watching 'ADHD CONCERTO 77' video on mute. Jack had a bass guitar in his arms and some headphones on and started shouting about how he ?will be a great bass guitarist very soon?. Lee then burst into the room, acting as though this wasn't two weeks later and I had been there the whole time, as if he had only just left the room and this was five minutes later. "Where the fuck have you been laa? Come 'ed then, you got that verse?" I didn't know what verse he was talking about but before I could answer he was playing the latest and almost final version of "Bad Foot Forward", I wrote a verse on the spot and recorded it a couple of hours later. When I finished, Lee still wasn't happy and demanded more feeling in the music. He wanted the beat to switch up into an emotional, hard hitting, hardcore rock and roll chorus section, this version of the chorus, or at least a chopped up slowed down version of it ended up being the outro of the song after being replaced by a more mellow version.
After this Lee demanded Jack make the guitar cry for the entirety of my