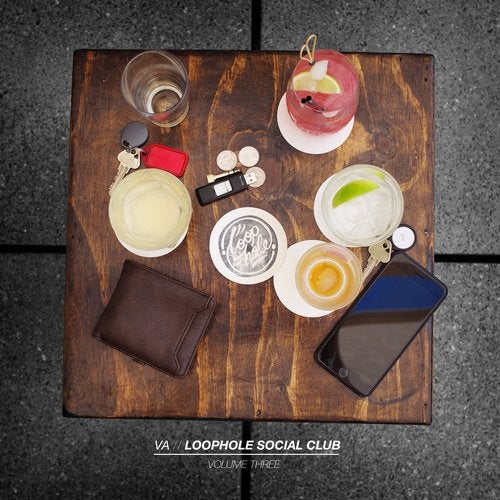 It's another big summer in Melbourne and the Loophole crew are kicking off 2017 with the third annual Social Club EP, showcasing 10 of Melbourne's most exciting and active Club DJs and Producers. What's turned into more than just our yearly excuse for a big summer party, the crew have come together to offer up another solid compilation, with 9 very varied club tracks, to give something to everyone to get the floor moving.

We've very excited to introduce 2 new additions to Loophole; firstly, an old friend of the LHR crew, and well known man about town, Revolver resident, one third of Congo Tardis, and master of all things tropical – Paz! He's dished up an incredibly fun and rocket fuelled energy bomb full of island rhythms and infectious drums, 'The Test'. Our other draftee is an international rookie; Andrew Azara, who relocated to Melbourne all the way from Dublin and has been banging down our doors with tunes since he got here. 'Freemode' is his debut offering to the label, and just a taste of what's to come in 2017 from the lad chunky beats with clever sampling and soul elements to fashion that classic house sound with a tough techno edge.

The rest of the roster has combined for a very diverse war chest, ranging from house to techno, to bassy vocal garage and just all round club heaters.

Social Club Volume Three is an introduction to what 2017 holds for this collection of producers, as we go in bigger and harder than ever, ready to unleash club weapons across the globe. But, for now, it's time to party, at the Loophole Social Club. . !