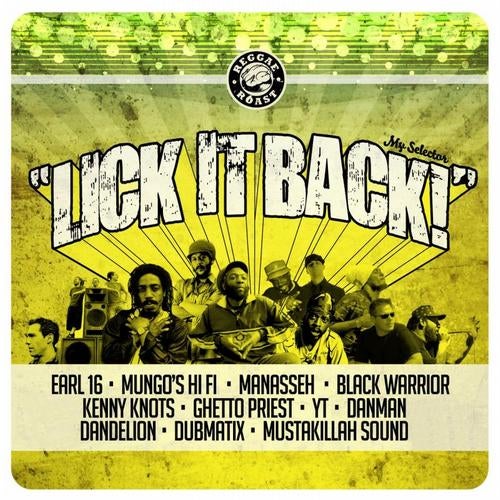 Reggae Roast Records are proud to present the Lick It Back! compilation album. This 11 track release follows a string of widely popular singles on the Reggae Roast imprint which have seen support from both reggae lovers, DJs and music journalists alike. The Lick It Back! compilation is the second feature length offering from Reggae Roast, after their sell-out Roots Uprising compilation of December 2009. The album features a selection of forthcoming Reggae Roast Records singles, some classic tracks from the label vaults, plus some of their favourite cuts from the past 12 months. The track list is typical of a Reggae Roast sound system selection. It features the type of conscious message, energy and vibes the crew have become synonymous with promoting, via weekly sets at top London clubs, rammed out festival sets and smoke filled warehouse dances. Many of the tracks have already been tearing up the airwaves with full support on Kiss FM, 6Music and Rinse FM. The opening track '??Reggae Music'??, released on 12" vinyl in May this year was described as '??truly awesome!'?? by the godfather of UK reggae; Mr David Rodigan. The 4 track release received 5 star reviews from a long list of publications, paving the way for this momentous full-length release. Lick It Back! is destined for some heavy rotations over the summer months, blasting from speaker boxes & festival stages across the globe.