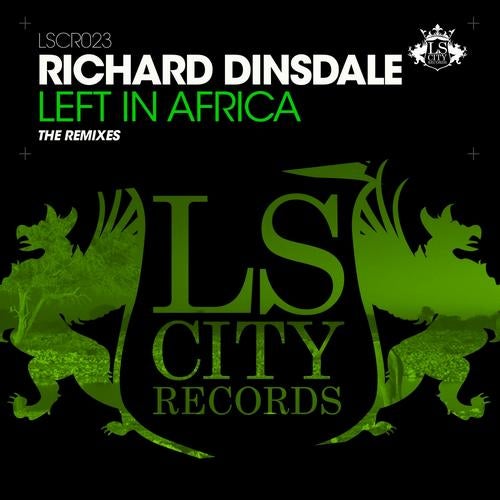 LS City Records continues to fight the good fight for quality music with a re-release of one of their early tracks, Lost in Africa, by UK house head Richard Dinsdale complete with remixes from Darren Mac, boss Jamie Fisher & Marco van de Burn, Phillip O, Snappa and Adam Juan. First up, Darren Mac turns in a driving percussive workout that has scattered toms and loopy bass working in tandem to get you sweating. The Jamie Fisher & Marco Van De Burn Remix is less eager, instead rolling deeper with some epic synth breakdowns which will appeal to all the main room house heads. Phillip O's remix is stuffed with whirring synth stabs and dark energy, pulsing non stop like an apocalyptic night train it burrows deep into the underground, whilst Snappa's Jungle Drum remix is a slinky effort that kicks and rolls its way through subtle percussion, white noise whooshes and some male vocal chanting for that ultimate tribal feel. Closing out a strong package which has something for everyone is Adam Juan's quick and clipped remix with clean drums, shiny percussion and some off kilter, pixleated melodies which rain down the face of the mix like a euphoric rain.

Left In Africa (The Remixes)