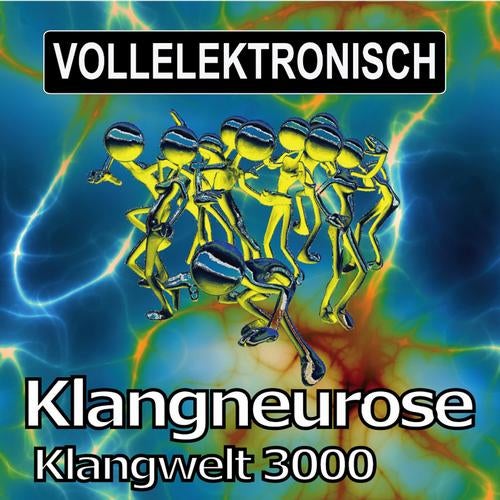 After the increasing success of the first four Vollelektronisch-releases one might be clear: "The Kids want more! " ... and around the bent and hungry listener shank a violent neurosis without the newest Tunes from Klangwelt 3000 to save, there is here already the next 5-Track-Package. The journey is stated into the again once extremely moving worlds citizens of Berlin Producer of the TRACK "Klangneurose"; a multilayered, multidimensional Number, those creeping, but then the more kick-ass,a successful sound Opening for this accumulation magnificent rhythmatic track forms. Also with the second number "Microtrauma", shows the artist that he us with its Productions again and again into its completely own sound world to kidnap and a completely own Stilistik wants developed, which shows itself to more and more as a finger print. Dance-bar-dynamically and unusually in its profound variety. Thus also the first magnificent badly rolling number extracts itself "Thick Bitch" skillfully from the deep sounds of bass and develops likewise to a driving piece of finest dance music. A really super grooving number is then also the fourth Track "Apache", which sends us all on a small departure. Horny sounds, deep Vocals, happy moving Beats and driving surfaces with one catchy Hookline... everything which one for guaranteed the already soon coming open air season without cold nights wishes itself. One more on the ears then still give it with the fifth Track of these Compilation:"Feel it!"... and who with this music feels nothing more, should go times to the physician,because who whips here not at least with the large toe or other parts of the body, it packed that nevertheless then: the soundneurosis without the newest Tracks of the Vollelektronsch Possee.