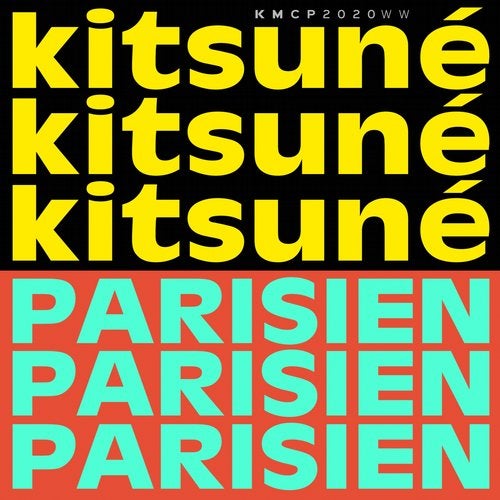 New decade, new compilation, new artists hailing from France.  The next edition of 'Kitsune Parisien' introduces the best 15 up-and-coming artists to watch in 2020.  After The Pirouettes, Mome, Joris Delacroix, Juveniles and many more, the class of the new decade is set to offer once again an amazing journey through the freshest discoveries.   Always on the lookout for what's next, Parisian label unveils 5 unreleased songs in this new compilation by the spicy sensation Joanna, the solar duo Pas Sages, the vaporous HATT who recently collaborated with Kitsune Musique, the soothing sounds of Courrier Sud and the balearic Premiere Fois.     'Kitsune Parisien' also features artists who have recently collaborated with the label such as the inevitable duo SuperParka and their latest track 'Kawabunga!' and the unclassifiable Fang The Great. And of course, Matvei, the label's latest signee, and his first single of the year 'Get Lost'. Last but definitely not least, French Label puts the light on the melancholic urban phenomenon Fils Cara, Degree and his striking sensitivity, Ehla and her velvet voice, and more. Kitsune Musique continues its visual collaborations and invites the duo Louise Hardling and Geraldine Pace (In The Pool Studio) to create the artwork of the compilation. For Louise and Geraldine, this visual is "a message: "PARISIEN". Almost a modo, visible from afar. We chose the typography Antique Olive because it has been part of the Parisian landscape since the early 1960s. By using it with bright and contemporary colors, we break its usual codes. With these choices, the new cover "Kitsune Parisien" plays with contrasts also clearly represented in its tracklist. » To celebrate its release on March 25th, Kitsune Musique and Super! has invited Fils Cara, Ehla and Joanna (Joanna cannot be announced before March 16th) to perform live at Le Pop Up du Label in Paris. Link FB event   'Kitsune Parisien' is a true art-de-vivre from the French-Japanese brand that combines fashion and music with a ready-to-wear collection and a compilation that you can hear in its cafes.