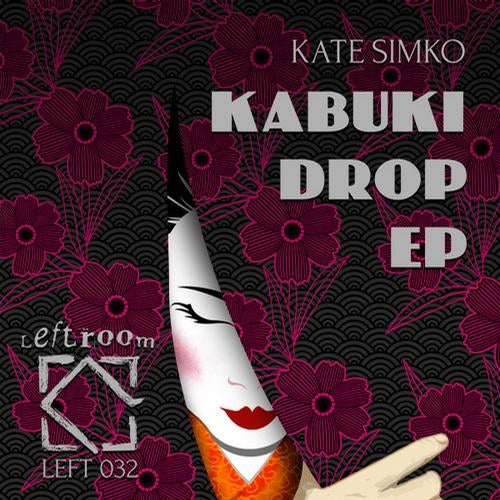 Hot on the heels of her collaborative EP with Matt Tolfrey, The Same Page EP, Kate Simko makes her full solo debut on Londons Leftroom imprint alongside the vocal talents of Jem Cooke and the remix might of John Tejada. Chicagos Kate Simko has hit her stride as a producer and DJ since her auspicious beginnings as part of Matthew Dears Spectral Sound roster. Remixing Philip Glass, composing film scores, collaborating with Tevo Howard as Polyrhythmic, and increasingly on the radar of world's top clubs via on-point DJ and Live/AV sets, Simkos talents have been closely followed by Leftroom boss, Matt Tolfrey. Tolfrey first invited Kate on board last fall with her remix of Laura Jones' smash hit "Love In Me;" then, after hearing the raw, acid-house inspired 'Kabuki Drop', Tolfrey signed the EP on sight and it's not hard to see why. Simkos love of Daniel Bell/DBXs incredibly focused and classic use of sound shines through on Kabuki Drop, where an uncluttered rhythm track boldly drives a perfectly formed array of creeping bleeps, atmospherics and lush pads. Kates old friend, John Tejada - an artist who has developed an enviable reputation for squeezing soul out of machines - treats Kabuki Drop to an oozing makeover. An inspired choice for the task in hand, the lauded producer delivers the sort of immersive eloquence that few achieve. The second half of this diverse EP is balanced by Go On Then, a full vocal cut and dub version featuring the sultry, jazz-inflected talents of London-based Jem Cooke paired with delicate Rhodes, lazy fills and hazy keys that underpin a powerful dubbed bassline. With plans to relocate to London in July, Kate's 'Kabuki Drop' EP is a heartfelt offering to Leftroom from this soon-to-be Chicago transplant.