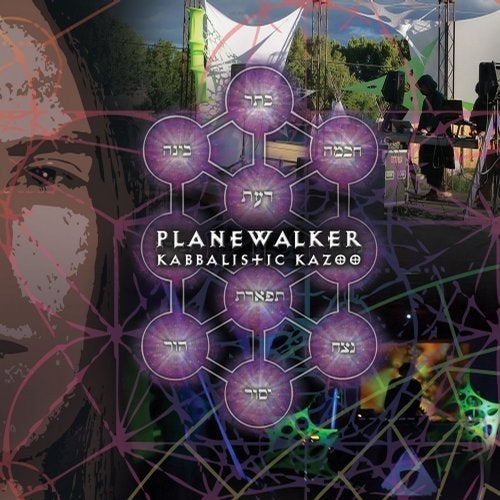 Kabbalistic Kazoo, the second full-length psytrance album from Planewalker, represents an evolution of his direction and sound into new sonic territory. Casting off the dark themes he ventured into in his first album The Kaivalya Project, Planewalker expands his horizons by starting off the album with a techno track at 128 BPM, Cryptic Mystic. After that, he quickly jumps into traditional full-on tempo ranges with the eponymous Kabbalistic Kazoo, a soaring, uplifting track with an interesting jazz swing bridge. Next up is perhaps Planewalker's most original and inspiring remix thus far based upon his father's original song Dancing In the Meadow, which was written by Michael Martin Murphey over 40 years ago. Planewalker used the bluegrass version of Michael's song featured on Murphey's album Buckaroo Blue Grass, which was nominated for a Grammy award in the bluegrass genre category in 2009. Other highlights include Sine Qua Non featuring Planewalker's original electric guitar work, Bells Of Baphomet presenting vocoded passages read by Planewalker from the Lesser Key Of Solomon, and Under The Sword featuring Planewalker's Distributed By Symphonic Distribution - www.symphonicdistribution.com