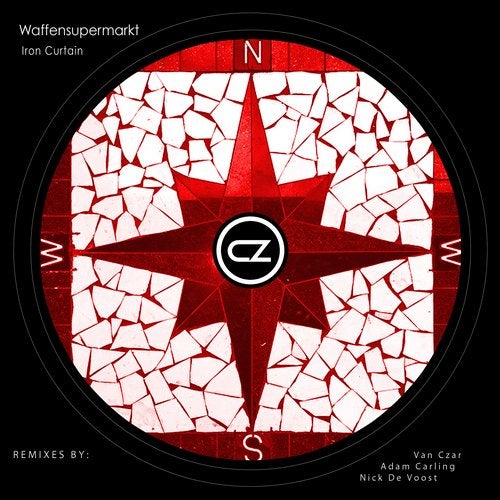 German producer Patrick Kuessner returns to CZ with the three tracker Guten Morgen. This one marks his third outing here and follows his last effort - Arcade, from the Summer of 2017. In 2009 Patrick found himself intrigued by the famous TR-808 drum machine after reading an online article. After getting his hands on an emulation of this most famous sound, he then discovered the TR-303 and TR-909 and the roots from where the sprouted. Having cut his teeth in Autiotool he soon set up his own studio with an aim to create his own unique brand of techno and drew inspiration from the likes of Juan Atkins, Robert Hood, Jeff Mills and Terence Dixon. A rising talent with a lot to offer, it's well worth checking this guy out. Portuguese DJ and producer Diogo Tavares aka Protyv is no stranger to CZ and this outing marks his eighth appearance here already. It's no wonder this guy produces such quality, from a young age he was learning music from his family and by learning the piano. In 2004 he found electronic music and the transition was effortless given his talents from years of practice.

Guten Morgen delivers a serious techno groove with a vast array of cosmic sounds and quirky FX. A tight drum arrangement lies at its heart with rhythmic hi hats standing out. Deep, throbbing basses lurk on the low end as prominent tonal sounds work the magic. A truly hypnotic and intriguing slice of techno that will definitely grab a lot of attention.

Go Slow 116 intros with a chunky kick drum and sharp hi hat combi followed by cool rhythmic percussions. Deep, warming analogue sounds litter the groove, complimenting a wonderfully deep and groovy bassline. While the tempo is somewhat on the slower side for techno, this one will easily get a set moving with its building qualities. Not to be missed.

Step Madness gets off to a blistering start with a gut busting layered bass and synth set up. Tight beats keep the rhythm flowing as the bass and synth combi dominates the sound. Rolling snares add movement to the very minimal, immersive groove. A monster of a track that will definitely light up any late night set.