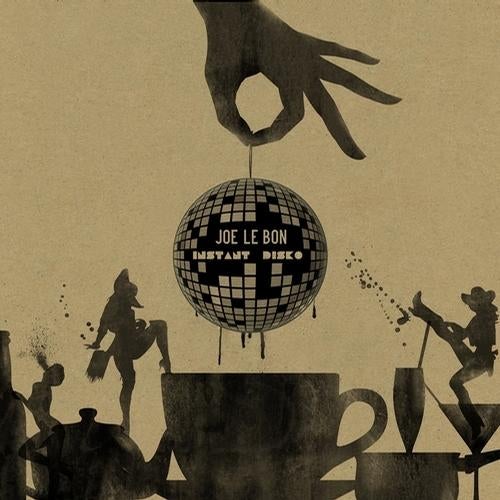 Finnish producer Joe Le Bon first caught the attention of DJ Hell back in 2007, just before DJ Magazine invited the Gigolo CEO to do a mix CD, DJ Hell Live at the Gigolo Mansions. Le Bon's "Tanssiakos" set itself apart amongst the more established names, especially as Hell championed Joe as "a new type of fantastic mover" and later included the standout cut on International DeeJay Gigolos CD 11. In the meantime, Le Bon kept busy as resident of some of Helsinki's best parties and DJing throughout Europe before finally setting up camp in Berlin, where his connection to Gigolo has now been cemented further with his first EP for the label, titled Instant Disko.

With "House Music Love Music", Le Bon gushes about his love for - what else? - house music. With the emphatic vocal outbursts that hark back to classic Chicago tracks, Le Bon's homage hovers close to cliche territory upon first impression, but the humorous inflection provides a self-knowing post-modern wink. Placed into the rhythmic interplay (including an unexpected mechanistic bossa-nova shuffle) and the smooth, soothing sustained strings connecting it all together, "House Music Love Music" is simply about putting a shake in your step and a smile on your face. Then, "Instant Disko" shifts the laid-back feel into something edgier: an electro growl and a tenacious organ melody team up to take hostages on the dancefloor! Instant Disko: just add ears and feet!