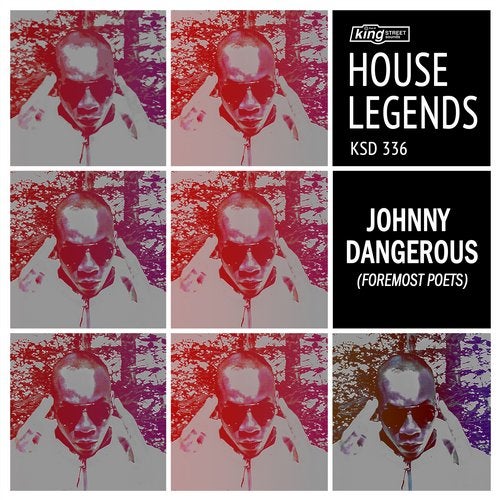 The term "House Legend" isn't something we take lightly here at King Street, and when words & sounds collide you will find jOHNNYDANGEROUs aka Foremost Poets. Philadelphia born and raised in Newark, NJ he has been reshaping dance & funk music as well as spoken word for over 20 years. From his beginning career as resident DJ at Club America with Kerri Chandler, Johnny is one of the original 1990 inventors of the "Deep House Sound" that infuses future funk and spoken word. Best known for the jOHNNYDANGEROUs atomic bomb "Problem 13 (I Beat That Bitch)," expect to hear other classics as well as remixes hand selected by Johnny such as "Only Yourself," "Emerald City," and "Lights Out," "MoonRaker," and "King Of Clubs." This release also premiers his brand new track "I Feel Life." Remixers and other producers include Supernova, Mr. V, Pasta Boys, Aki Bergen, and Paul C & Paolo Martini.