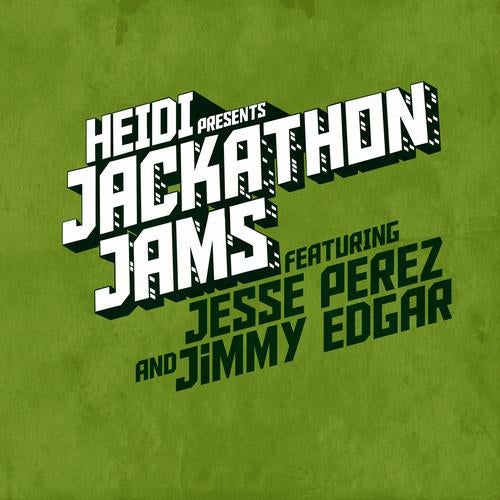 Heidi calls upon Miami bad boy Jesse Perez and Detroit maverick Jimmy Edgar for the third installment of Heidi’s Jackathon Jams. Turning up the heat ghetto booty style, Jesse delivers three original stompers of bump and grind with Jimmy twisting his unique sound into ‘Interracial Booty Calls’ whilst still paying tribute to the scenes originators. Heidi likes to call this EP the Panty Dropper. Starting the label in 2012 alongside a hectic touring schedule and Radio 1 show, Heidi proves once again why she is one of the leading ladies in the business. After killer releases vol.1 and 2 Heidi’s Jackathon Jams continues to serve up big records from the freshest talent. Born in a small Latin neighbourhood in Miami, Jesse Perez had a colorful upbringing exposed to booty shaking music. After which he started Mr. Nice Guy Records spreading his unapologetic bad boy house, while also releasing on labels such as Hot Creations, Off Recordings, Exploited and more recently on BPitch Control.. Jimmy Edgar rounds off the release with his sensational remix of ‘Interracial Booty Calls’. Detroit native but now based in Berlin, Jimmy is seen as a leading force in the industry with releases on the likes of Warp Records, Detroit Underground, Items & Things, K7! and a recent album on Scuba’s Hotflush Recordings.