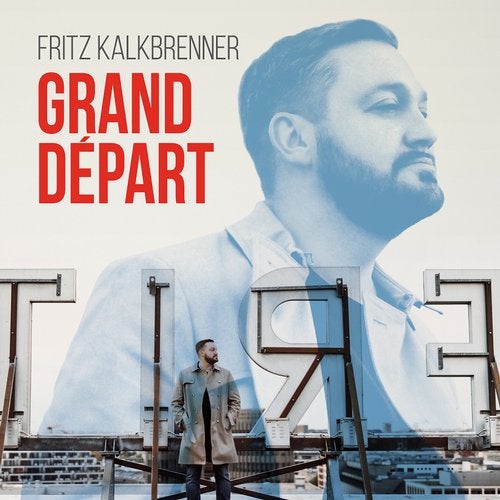 On his new Album Grand Départ Fritz Kalkbrenner stays loyal to his signature sound, which he developed with his last Album Ways over Water in 2014. The East-Berlin singer, producer and composer reaches superior levels of expert arrangements and powerful-analog sound-design, where its easy for one to get lost within the music. Drawing inspiration from the Grand Départ, the opening ceremony for the Tour de France, Kalkbrenner sees it as a symbol for the great awakening of a creative idea towards the development of a total work of art, that really deserves this title.

With the first single In This Game, he seamlessly continues with the success of his single Back Home. With the complex instrumentation and mature production, the new album is miles apart from the current deephouse clichés. It shows a modern, fresh and above all high-quality type of electronic music with a pinch of pop. Again its Fritz` trademark voice and his lyrical talent that captivates audiences ears on the 6 vocal tracks of Grand Départ. The instrumental tracks, with influences from afrobeats to techno, are equally impressive and point out once again the broad musical range of Fritz Kalkbrenner.