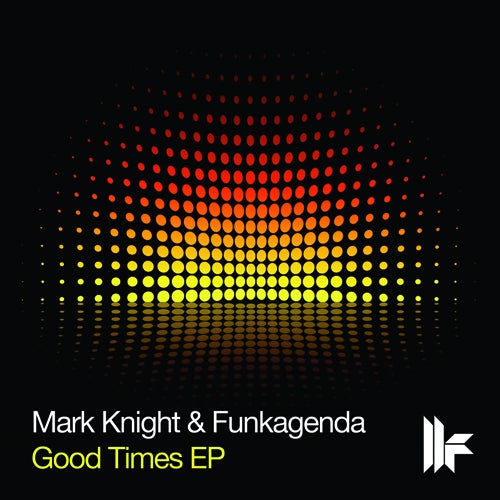 "After the success of their collaboration with Paul Thomas on last year’s festival anthem ‘Arena’, Mark Knight and Funkagenda join forces once again on one of the most eagerly anticipated tracks showcased at this year’s Miami WMC.
‘Good Times’ is the feel good anthem of the summer comprising of a modest intro with a warbling bass line driving slowly through collecting sounds, before opening up into an edgy synth stab and finally the insanely catchy vocal hook ‘These are the Good Times!’ The track drops back in like a speeding locomotive train going full steam ahead, with cleverly placed percussion, FX and siren sounds soaring to create an intense rhythm.
On the flip, ‘Flauta Magica’ shows the diversity of these two acclaimed producers when they get in the studio together. Taking a different route from the lead track and concentrating more on the groove, “Flauta Magica” chugs along nicely with an almost tribal percussive feel to it. The excellent chanting vox sample, reminiscent of the early house sound, keeps the groove rolling along into the drop. Taking the lead from the track’s name; a whistling flute riff drops elevating the musical vibe to a new Balearic level.
This is yet another champion release from Mark Knight & Funkagenda; leading the way with their own distinctive sound which is often imitated but never beaten.