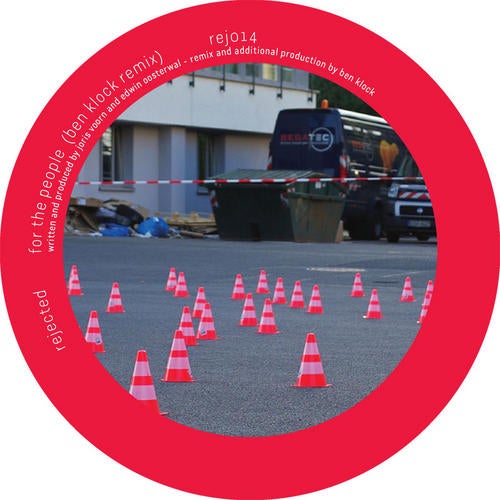 After a long break, and fresh for spring 2011, Rejected the label of
Joris Voorn and Edwin Oosterwal return with a release that may
surprise some, but please all. Produced in 2004 Joris and Edwin first
released "For The People" under their Rejected alias on the Sound
Architecture label and found great success.

2007 and resigned, the boys released their original as the second
single of their newly launched Rejected imprint. Today, "For The
People" receives not one, but three fresh reworks. Berghain resident, Klockworks label boss and Ostgut Ton artist, Ben Klock leads the way and is really the catalyst for the whole release. Having remixed the track for his own sets, and over many months, thoroughly roadtested it, he sent it to the label to check out. Now Rejected bring it to you.

Backing Ben is another techno favourite of the Rejected camp, DVS1.
The Minneapolis man turns in two remixes. His 'For Everyone' mix is a stripped, deeper, bass heavy rework, whilst the digital exclusive 'For No One' mix exerts more thrust with powerful synths

For The People Remixes