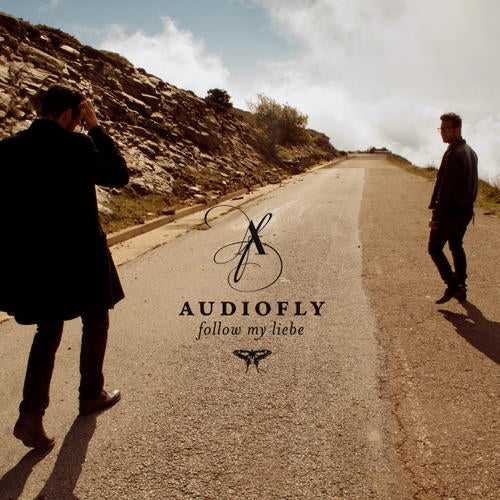 Audioflys album debut has been a long time coming. Not just because Luca Saporito and Anthony Middleton share nine years of production history, but because of the sheer volume and sonic breadth of the anthems, EPs and sought-after remixes that they have amassed throughout their illustrious career Audiofly are true veterans of the scene.Follow My Liebe is the long-awaited long-form passion project that references all shades of the Audiofly spectrum: from their dirty, jacking techno to the sleeker, dubbier, minimal tones of Audiofly X, and deeper still to the sound design and ambient atmospheres that the duo have never before revealed. Follow My Liebe spans electro pop, techno, dub and downtempo, but is held together by the deep indigo tones, twilight atmospheres and early morning stillness that are present throughout.The album opener and title track Follow My Liebe takes its cues from sun-drenched Balearic vibes, with space aplenty for sea breezes, languid sunsets and hummed choruses. Over its pulsing guitar, shadows and whispers elongate and disappear into whisps of cosmic trails. Kiss and Tell raises the tempo to slow house, but still steps lightly with rhythmic sweeps, delicate ride cymbals, and a faraway duet of hand and voice, before taking a sharp turn left, then down, into fractured rhythms, distorted sounds and quickening bass tones.Fela, finds its rhythmic grounding in the organic fusion of chattering voices and the peaks and troughs of Rhodes, for an Afrobeat infused slow-house burner, while the late-night tech house of Black Cat is fuelled by bass pulses that chug rhythmically, and the intricate synth play that weaves around them. My Happy Place and Talktome and are primed and ready for the dancefloor, rolling heavy and deep, the latter with snaky shimmering percussion, distant drums, and a rolling, infectious beat that rewrites itself, landing gently in a bed of pealing, humming melodies. Lo-Rise is a workout of pure tribal hypnotism, with solid shafts of dub reverb that shift in and out clarity that combine with vocal snips and chirping, piping noises for a solid quirk-house number.Vocals are a integral part of Follow My Liebes character, and provide its most affecting, personal moments. 6 degrees reveals melancholic electronic pop at its most devastating, and the lulling reggae vocals of Shaun Parkes enhance the downtempo dub and ambient tones of Sense and Vision, which is textured by subtle braille percussion and live instrumentation; while album closer Puddle of Diamonds harnesses the gentle power of a husky, jazz-toned femme, that lingers in the memory long after the slinky sighs, deep house rhythm, and floating percussive elements have finished.Audiofly have followed their hearts and their melodic instincts for Follow My Liebe, and have crafted an assured debut that makes a seamless transition from DJ fare to home-listening and back again, with expert ease.