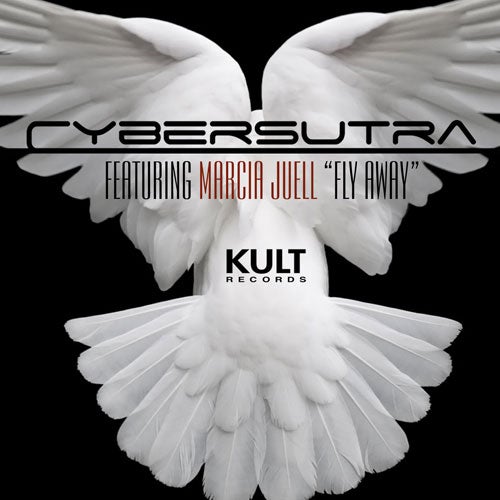 The CyberSutra duo are at it again on the KULT front following their successful single entitled Summersutra featuring Tiff Lacey. In February Mixmag featured CyberSutra as one of the six dance music acts to Keep An Eye On in 2009, hailing CyberSutra as Forefronting the Electro/Trance genre alongside of Deadmau5 and Sander Van Doorn.

This time the CyberSutra boys team up with singer-songwriter Marcia Juell who has been voted -"One of the best new rising stars"- by the World Arts Celebrities Journal in Paris. Marcia's best known for her 2007 Dance Hit "Beautiful Day" (AATW/Universal) with Matt Darey, which was in the top 20 of the US Dance Billboard chart. Juell has written/recorded with many top producers & DJ's throughout the world including: Santana's Myron Dove, Tower of Power's Jeff Tamelier, Matt Darey, Digital Dog, Andy Galea of Soul Seekerz and many more!

With remixes by Frank Lamboy, Rossko, Avatar One, Timothy Allan and the original CyberSutra mixes,"Fly Away" is ready to take off...and the pun is intended.