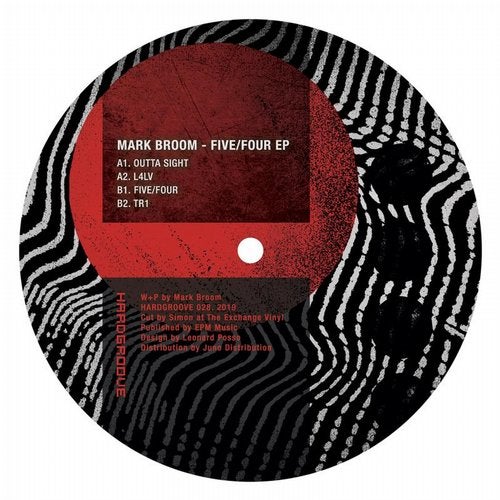 A long-term friend and collaborator of Sims, Brooms first solo Hardgroove release is surprisingly overdue as the long-running imprint nears its 20th anniversary but the wait is more than worth it. Across the EP, Broom serves up the sort of tight, staccato funk hes made his name for over an illustrious career which has taken in lauded output for M-Plant, Blueprint and his own Beardman label.

Outta Sight opens the EP with purposeful, undulating stabs mirrored by a powerful sub while the second cut, L4LV heads down a dystopian yet crunching, drum-led path to hammer its point home. The title track is Broom at his stripped-back best, with just a handful of elements and deft arrangement doing all the work while track four, TR1, serves as a tribal-infused summation of the moods, sounds and production touches of the three cuts which precede it.

For digital buyers, a heady bonus Broom edit of late 90s Sims/Broom cut Late Night Caller features as an exclusive. Originally released on Theory sub-label Native, an outlet for Detroit flavours and electronica, the original has never been released digitally.