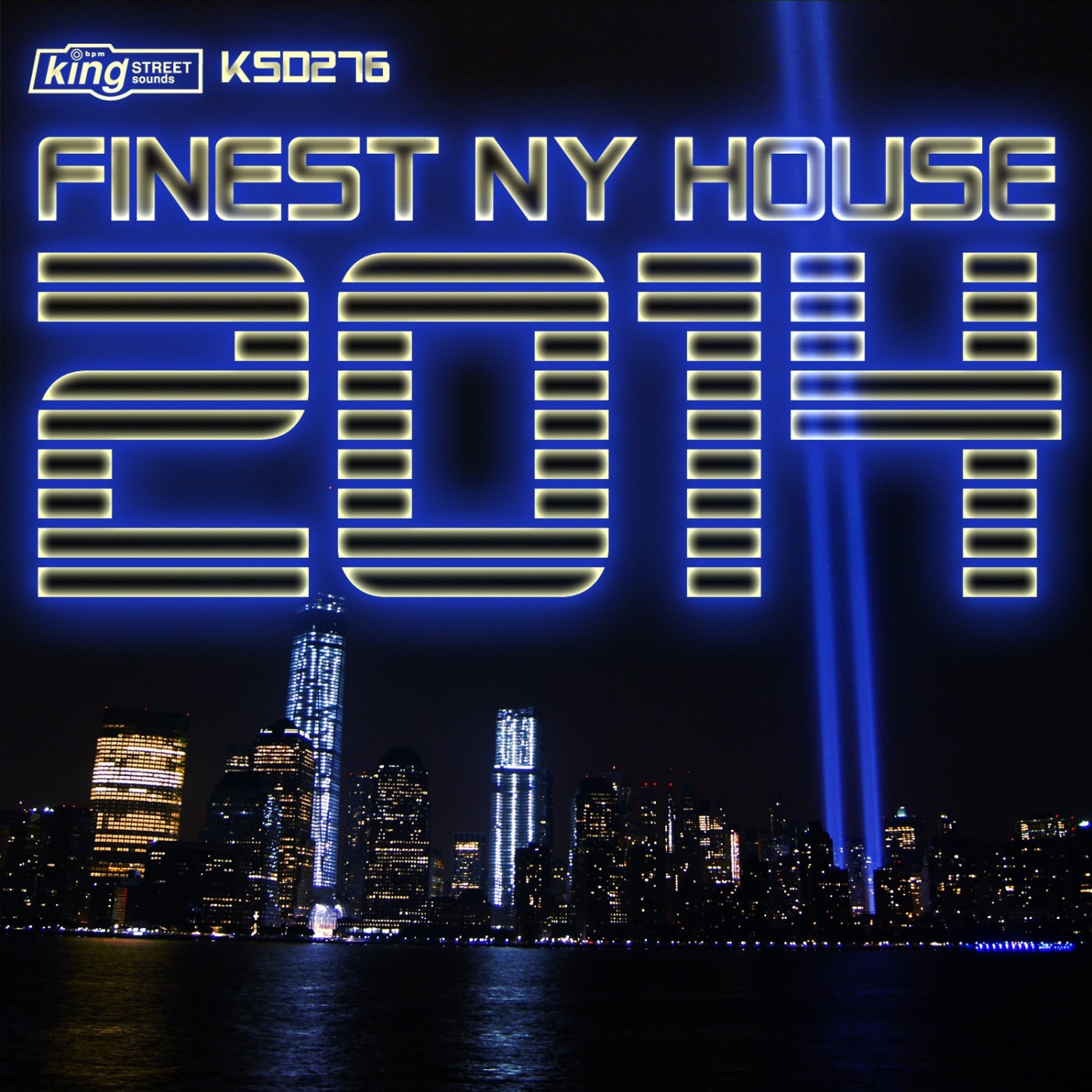 King Street Sounds is now a mature and healthy legal 21, and it remains a strong, unwavering independent. With just over 2 decades worth of collaborations, remixes, and re-issues under the belt, the label's sound has expanded from its modest Vocal House roots, spawning 2 sister labels (Nite Grooves and Street King), and digging well into the furthest reaches of Deep, Future, NeoDisco and Tech House, Soulful House ,just to name a few. This 2014 Edition of (the) Finest NY House is the 4th of the series and promises to bring you many more of those sounds with its biggest comp yet. Taken from the expanding catalog of varied styles by newcomers and legends alike, it'll be tough to pick just one fave. Here the ears are treated to some nice nuggets of mostly instrumentals, and 2 unreleased track never before heard! Many producers may be from outside the city, but King Street has happily adopted them and like any good parent (label), is sending them out into the world for everyone to trustingly adore. On the Funky Deep tip, you'll hear 2toodrums' "Ride On Me," This No's "This No," and Qubiko, Fabio Ricciuti's "Temptation" (Berny Remix), On the more Heady House tip there's Nightrhymes and Miss Autumn Leaves "Keep It Up" (Club Mix), Spume Daydreaming (side B), Tony Barbato Gotta Let It Go, Level Groove Showcase, and the good stuff keeps coming! For lovers of the Classic / NeoClassic Deep & Vocal you get some delicious bits like, Moreno (LDN) feat. Marshall's "Need It," Deeplomatik feat. Adam Joseph & Nick Sinckler's "In The Back" (Seb's Dub Mix), Chieko Kinbara feat. Josh Milan's "Give Me Your Love" (Tony Loreto Vocal Mix) and "Just Like Love" (Timmy Regisford & Adam Rios Remix), Antonello Ferrari feat Dawn Tallman's "Read Between The Lines" (Richard Earnshaw Vocal Mix), KAI & KYLE feat. Gordon Chambers & CK Gospel Choir's "Higher Than High" (Sean McCabe Remix), Danny Clark & Carla Prather's "Joy" (Classic Mix), and former Steal Vybe frontman Chris Forman feat. Terrance Downs "I Left It On Hi" (Danny Clark Vocal Mix). For something a little more Alterna-Dance, be sure to check out Roberto Carbonero feat. La Rachel's "Slightly Nervous" (Original), and Zoo Brazil's "Nude Picture". For just the pure Deep heads, check out, Sebb Aston's "Feel Better"(Original Mix), Max & Sims' "No More," S!lk, Della Zouch's "Give It To Me,". You'll even find one tune that is apart from the rest, namely the mellow vibes of Super-FUNKAY, Tonbe's "Rare Groove" which is a must for any collector or fan of the genre. Bringing all these songs together, NYC-based and King Street's own DJ NoonStar delivers 2 continuous bonus mixes, available for free with the purchase of the compilation. If there's ever been a comp to show Quality AND Quantity, look no further, 'cause the groovy Bus Stops here. But don't take our word for it, listen in, try them out and let the dance floors decide! We're sure they'll agree.