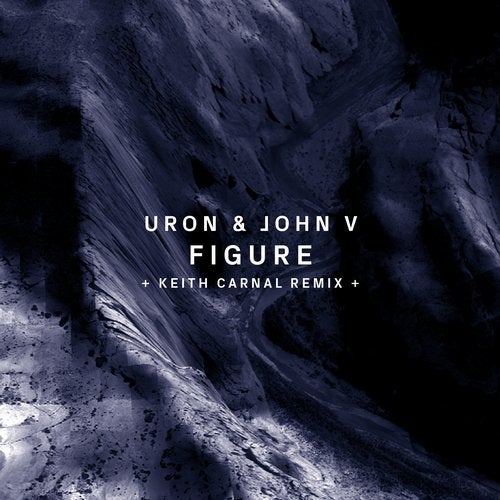 Relentless techno releasing machine !Organism has another hot platter ready for us to enjoy, this time coming from Uron & John V complete with a Keith Carnal remix.

Uron, signed to labels like Analytical Trail and Refluxed Records, is made up of David Padilla & Juan Kue, Colombian DJs who have become some of the finest techno tastemakers in all of South America in recent years. Here they hook up with fellow Columbian John V, who is a Drumcode aligned producer based in Spain.

Up first is Figure 7.5, a dark, thumping and lo fi bit of drum funk with groaning chords and a real sense of desertion in its groove. Unnerving alarm sounds and clever filters help add to the sense of growing tension and when it drops proper, its sure to take the roof off.

This one gets remixed by Keith Carnal, a household name in the Amsterdam techno scene since 2008 and someone who has had his tracks played by the likes of Chris Liebing and releases on AFFIN. His remix is more melodically intense and hypnotically minimal in the mould of early Jeff Mills with its searchlight synths and serene pad work.

Lastly, Figure 7.4 is a fat, rolling bit of techno with gloopy synths, double claps and a real sense of atmosphere in the grainy pads. Driven perfectly on a frictionless kick lead groove, it will carry dancers deep down the rabbit hole in some style.