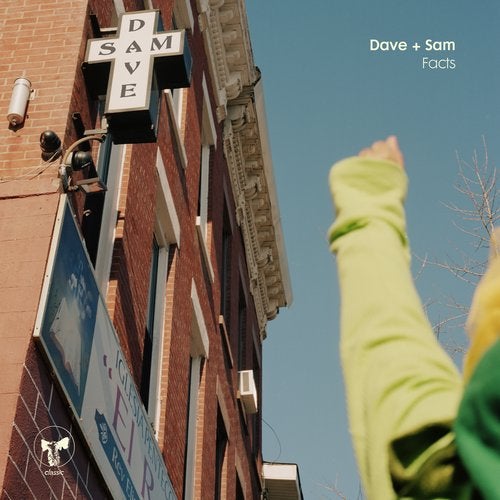 After the release of their critically acclaimed debut album 'No Shade' earlier this year, Brooklyn's Dave + Sam return to Classic Music Company to release 'Facts', one of the standout cuts from the LP. With their music forming a compelling, witty and often stark narrative of the 21st century experience, this release is an aptly timed ode bearing the scars of a community disillusioned by the powers that be. Told through the eyes of vocalist Dave Giles II and production maestro Sam O.B, the release of 'Facts' during the peak of the presidential race in the United States is no coincidence, offering a bleak portrait of Trump's America, "coal, conglomerates, golf trips expensed on your tax dollars with brown ass water, paedophiles in public offices, privatisation of public places and pay-per-play politics." This release features two new remixes, with Polish duo Catz 'n Dogz bringing their trademark big basslines and raw, industrial feel to 'Facts', while pioneering fellow Brooklynite Jovonn takes a groovier, stripped-back approach with blissed-out keys and a deep, wobbly bassline. This release also features the Accapella, an essential DJ tool for a release with such a powerful message.