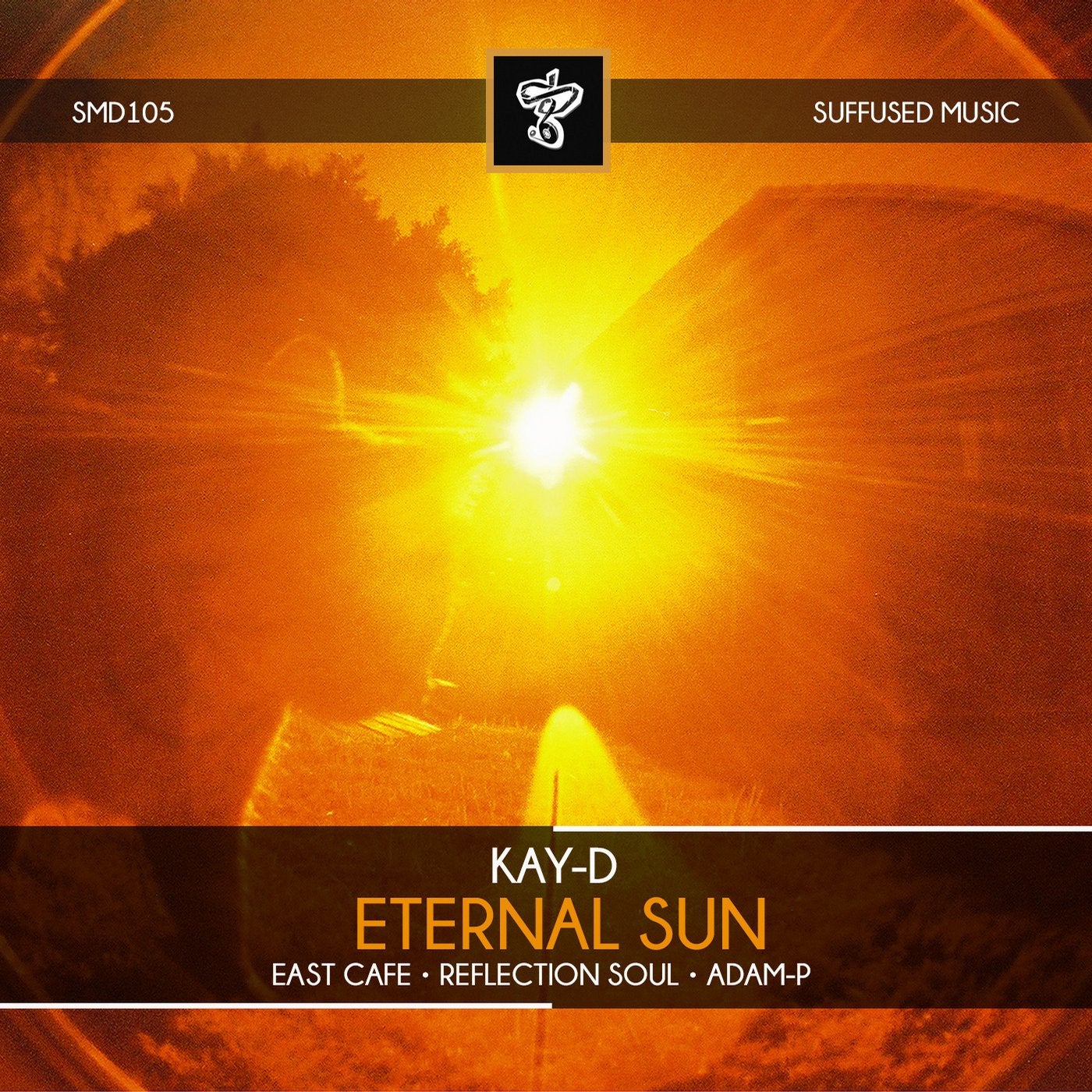 As Suffused Music moves into the next century of high quality releases, we celebrate the 105th edition with a stunning original from Hungarian producer, Kay-D, and a trio of remixes as "Eternal Sun" provides a warm glow.

From Ajka in eastern Hungary, Krisztian Kajdi has seen his Kay-D production soubriquet formed from classical influences. A brass instrument specialist, early work with his nephew saw considerable success in both the live and production arenas before Kay-D then became a regular on the Mistique Music imprint as three full-length albums passed into their catalogues combined with a plethora of original and remix material. A trio of remixes have found their way to Suffused Music thus far as "Eternal Sun" sees a smooth melodic flow and grooved bass line sit enticingly among a tide of textured pads. A freeform glassy riff makes its presence felt as the track evolves and subtle acid twinges through bass variation add a further layer of intrigue to an impressive work.

East Café is a name that needs no introduction to both the underground progressive community and the Suffused Music faithful. A man with a rare pedigree as both producer and live performer, Gabor Kaszas, is renowned for the level of intricate detail that he places within his productions for Mistique Music, Morphosis and LuPS. The East Café rework of "Eternal Sun" thus illustrates Kaszas' production talent. A detailed and intelligent rhythm section makes an impressive bed for Kay-D's original production elements to nestle alongside a host of new production material. In particular, a new bass variation adds further depth and a somewhat sinister edge to the East Café remix as a breakdown of elegance is a perfect pause for reflection.

From the Russian mining region of Kemerovo, Reflection Soul is a name with a strong association to the Balkan Connection imprint. 40 production credits have found their way to the label alongside further work for Bonzai Progressive and Tvardovsky's Stereo Paradise imprint. With his sophomore offering for Suffused Music, the Reflection Soul remix is a study in emotive chord progressions and superb bass line programming. Taking the rich melodic elements of the Kay-D original, they are fused into a new collage of original production material to create a work of vibrancy and quality.

Final contributor sees fellow Ajika resident, Adam-P, illustrate the continued rich seem of talent stemming from Hungary. An artist relatively new to the underground progressive scene, a 2012 debut quickly lead to a fruitful relationship with Stellar Fountain with further work for OLD SQL and Elliptical Sun. 2013's "Appreciable Depth" EP marked a high point for Adam-P's contribution to Suffused Music as he now returns with a typically smooth remix full of hypnotic pads that bathe in golden sunlit glow beneath a groove-laden percussive section and delayed high-end clave style effects. Emotive melodic work provides a contemplative moment as Kay-D's original elements are given new direction in a work of skill and intrigue.

A trio of remixes illustrates the light of "Eternal Sun" brightly represented by Kay-D.