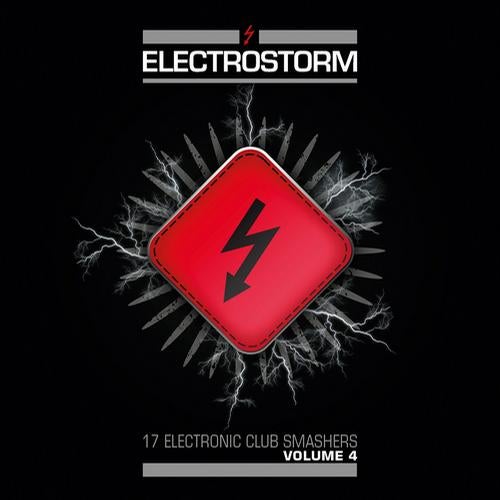 The highly successful Electrostorm-series is back with a fourth instalment! It contains 17 choice picks from the biggest names and best newcomers in the international Electro-scene, among them tracks and remixes that are as yet unreleased. The one sampler that sticks out from the crowd at the price of a CD-single! One of our most successful compilation series returns with a fourth instalment and yet again, the brand name 'Electrostorm' stands synonymous with unconditional quality. The new sampler yet again unites the most important bands and highly promising newcomers from the international Electro-scene on 17 tracks at the sensationally low price point of a CD-single! The song selection features several songs that are as yet unreleased, plus some rare remixes and the line up of featured bands should invoke any Electro-maniacs delight. From top dogs like Blutengel, Hocico, Suicide Commando, Combichrist, Agonoize, Funker Vogt, Solitary Experiments, Amduscia or Melotron, via legendary acts like The Klinik or Pankow, down to promising newcomers like Formalin and The Juggernauts or brilliant nonconformists, such as Auto-Auto or Rummelsnuff, it reads like a who is who of everything that a fan of synthetic sounds, fat beats and machine-induced pressurization could wish for. Over one hour of pure, electronic bliss that covers the entire bandwidth of our highly versatile scene at a price that is less than two beers at your local watering hole! The perfect companion for abroad, at home, parties and clubs! Join the movement! Join the Electrostorm!