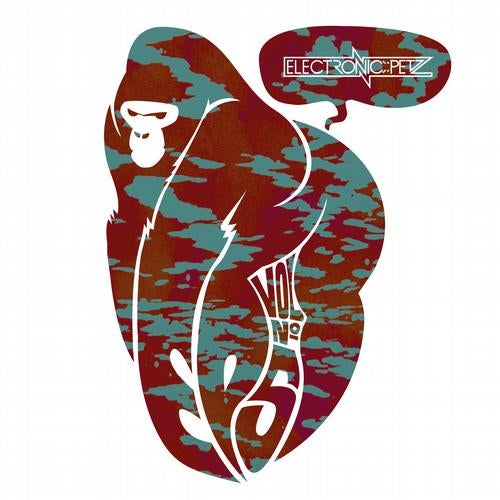 Slok’s Electronic Petz label steps up with a brand new compilation, this time breaking the mold and featuring exclusive, unreleased material from a host of sought after producers…Italian DJ/producer Alessandro Russo AKA Slok has been a driving force in the world of electronic music for over a decade now. Releasing on labels such as Satoshi Tomiie & Hector Romero’s SAW Recordings, My Favorite Robot Records, Circle Music and One Records he has built a following with his unique sound, fusing elements of house, techno, electro and much more. At the heart of Slok’s vision has been his Electronic Petz label, set up in 2006 to provide an outlet for quality electronic music from upcoming artists regardless of genre. To date the label has released four compilation albums in the ‘Electronic Petz’ series compiling the best of the labels release for the year, now they break with tradition for this the fifth chapter, offering up all new, unreleased material from a selection of truly exciting producers. The album kicks of with Slok himself dropping the short uplifting intro cut ‘Another Draft’, along with the wonderfully pulsating ‘Garlic Power’ and the ambient outro ‘We Are Slaves’ this makes up the musical input from label boss and album compiler Russo. The compilation offers up a real feeling of electronic diversity throughout; from the bass driven, electro tinged from the laidbback rolling house vibes of ‘Loft’ from Javier Carballo, through the peaktime killer ‘Skydancer’ from the excellent Santos Resiak and right on to the dubby and ethereal ‘Greased Soundwaves’ from Zuckre. The album draws on music from the far corners of the globe with producers from Italy, UK, Ukraine, Mexico, France, Spain & Argentina all lending their own unique style to help create and album that truly reflects the broad spectrum of world’s house and techno at its best. The Electronic Petz label has had a break from releasing for almost a year and this compilation sees the imprint rushing back to the fore with a superb collection of new material that makes a bold statement about its intend in the months ahead. With a series of compilations planned for 2013 there is plenty more to come from SLOK and the excellent Electronic Petz.