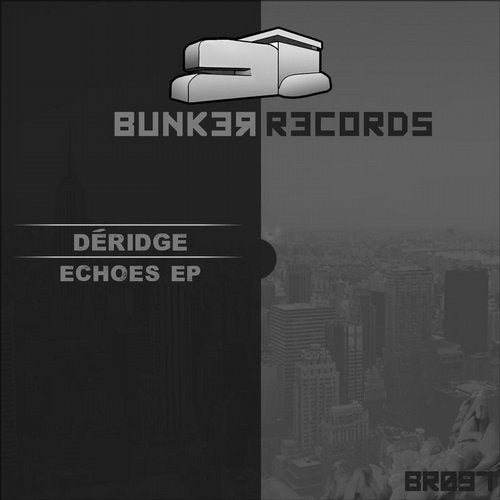 For our 97th release we have a new artist from the Netherlands called DeRidge who present us his 5 track Echoes EP. 5 strong club aimed Techno bangers that will ft in any decent set !!
Give it a listen and show some support !!!

Born in 1975, this producer, songwriter and keyboardist grew up with music thanks to his father who was a bass player/guitarist. At the age of six, he was fascinated by drums. That's where his love for 'the beat' started. A few years later, in the mid 80's, synthesizer sound revolutionized his approach of music and he learned to play keyboard. He also took his first steps in computer music with an Amiga. He evolved with electronic music mutations from House, to Gabber. The Dutch hardcore label 'Ruffneck' characteristic sound and drum&bass music are important influences in DeRidge music. For years he played in various cover bands and recorded some demos. In 2016 he decided to go back to his musical roots and found his way to underground techno. With his rhythmic and synth skills combined to a heavy beat, Deridge creates a unique Techno soundscape. DeRidge is all about powerfull rhythmic and driven techno with hypnotic sounds.