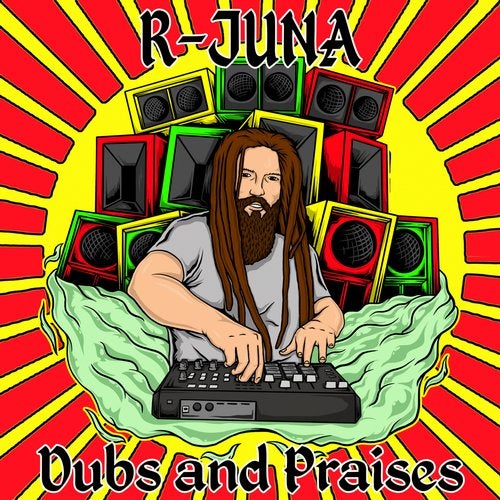 R-Juna is a producer, DJ and MC, influenced by 90's hip hop, dub reggae and electronic music. In his 10 years of experience in the music scene, he has produced several albums spanning various genres, toured the United States and shared stages with many of his musical influences.

After recently departing from touring, R-Juna has focused his creative energy back into production, returning to his dub reggae roots.

His debut album on Dubophonic Records is entitled Dubs and Praises and is a tribute to dub music, the music that influenced so many different genres. The album consists of seven instrumental tracks with heavy bass lines, melodic riffs and deep echoes, influenced by the traditional roots reggae dub and presented with a modern ambient downbeat feeling. Pure meditation!

All tracks produced, mixed and mastered by Roy Waterford.
Artwork by Hidden Work and Dub Thomas.