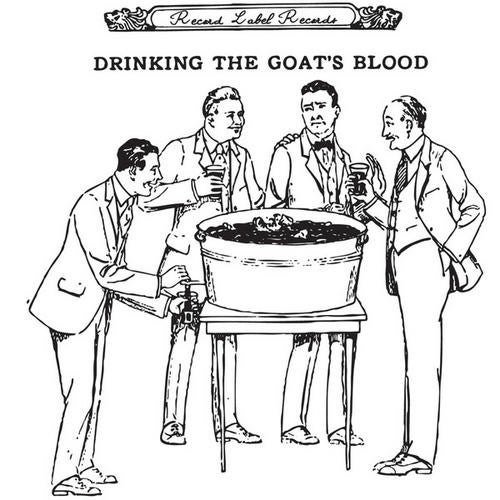 Record Label Records was established as a chiefly CDR label in 1996 by then 15-year-old Robbie Martin (Fluorescent Grey). Since their relaunch in 2002, RLR has steadily amassed a catalog of various CD and vinyl releases that are unified in their originality, if not their musicality. And now he has curated these expansive complementary compilations Drinking the Goat's Blood and Electric Carpets -- the 20th and 21st entries in the RLR catalog, respectively. These aural pleasures are the answer to the question, "Is there no hope for the widow's son?"

Focusing on sound design and atmosphere, consider Drinking the Goat's Blood experimental, but not in the typical sense of noise, ambient or improvisational music. Rather, it is a series of often disparate elements that have been lovingly arranged and ritualistically hewn into a seamless psychedelic pastiche. Wobbly, fresh off his VS album with Matmos, offers up hyperkinetic musique concrete' lullabies. Candle Labra concocts rich, detailed synthesizer textures that could easily be confused for field recordings, as they hover right on the edge of the auditory uncanny valley.

RLR is very excited to share with you new & exclusive works from acts on Hymen, Ant-zen, Phthalo, Acroplane, Skam, Tear, Highpoint Lowlife, Sub Rosa, and Important Records as well as its own cast of characters. An American debut from one of the three featured Japanese artists is included as an online bonus track, and perhaps most notably, a never-before-heard track dredged up from the archives of '80s self-released act Senryl.