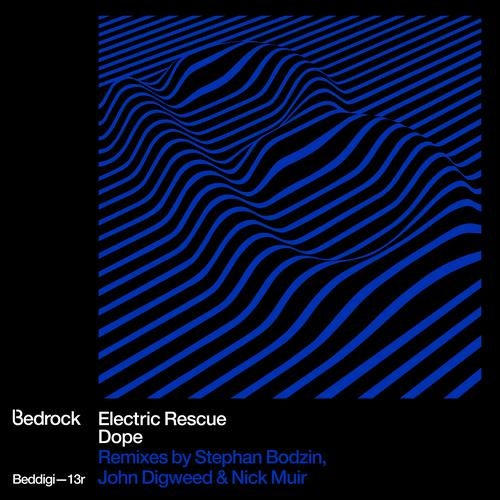 The reception for Electric Rescues original version of Dope (BEDDIGI13), released at the tail end of 2011, was nothing short of exceptional. A huge tune in John Digweeds sets for months before release, this Balearic techno monster combined the elegance of Detroit attitude with the groove of a big room tune, like no other. Underground and eclectic, it went overground in a big way! Now, Bedrock brings you an absolutely superb remix package that is sure to cause a equally huge commotion. Electric Rescue revisits Dope and tweaks and twists the original into a brand new (and no less massive) anthem for summer 2012. On remix duty, John Digweed and Nick Muir show that they never rest on past laurels and are always developing their sound in an exciting direction, by producing a massive, low-slung, throbbing house interpretation. To round off the package in style, German master-producer Stephan Bodzin takes Dope on an exotic electro-techno journey that is pure autobahn driving material, the quality and authenticity of his re-production a testament to studio skills that can only come from years of dedicated time spent in the studio. Few French electronic music artists combine experience, avant-gardism and guaranteed success on dance floors as Electric Rescue (aka Antoine Husson) does. With his reputation already flying high in France via his residency at the Rex Club (check out the superb Skryptöm parties) and also organising Play rave parties in Paris, his Dope is once again set to be incredibly popular worldwide.