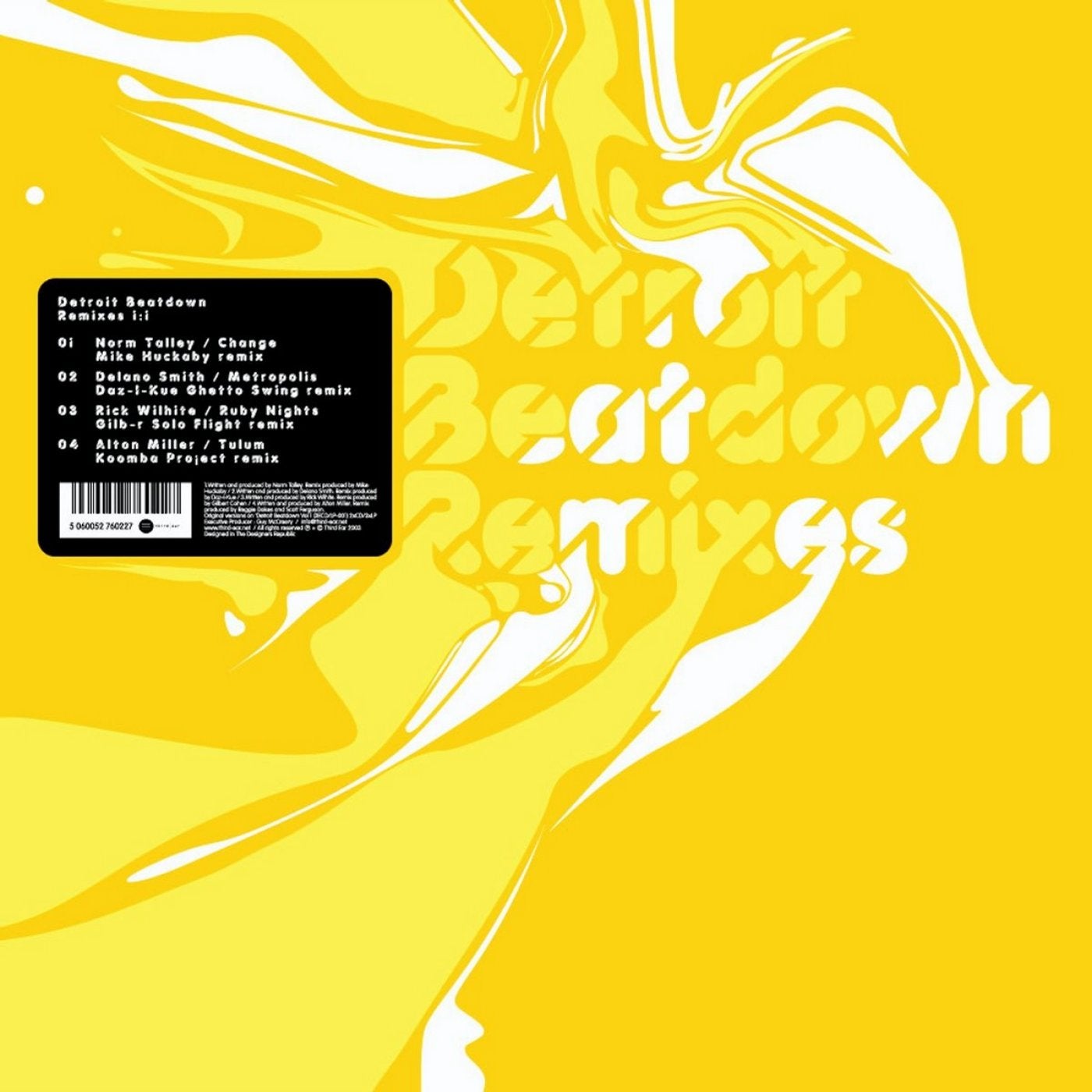 A1 is Norm Talleys Change, remixed by Mike Huckaby. The track is as phat as they come. Pulsing Rhodes piano, with a sub bass lower register kicks the track off, before oscillating organ and falling chimes give way to Norm Talleys drum programming. From then on, the senses are washed and caressed with the sound of Detroit at its most lush. A2 is Delano Smiths Metropolis remixed by Bugz In the Attics Daz-I-Kue under his Ghetto Swing moniker. Daz turns in a very muscular 2-Step/Techno remix, which is guaranteed to set the dancefloor on fire. Third Ear wanted to tap into the inspiration and mutual respect, which Detroit and West London producers have found for each other, and we have not been disappointed. B1 is Gilbr's now classic remix of Ruby Nights by Rick Wilhite, one of Detroits 3 Chairs collective. With his Solo Flight moniker, Gilbr gives us a superbly soulful, slow burning remix that really swings. Very much in the Detroit Beatdown style, the track is perfect for early in the set or for after hours grooving. B2 is Tulum by Alton Miller, remixed by Kuumba Project. The Kuumba Project is Reggie Dokes (Psychostasia Recordings) and Scott Ferguson (Ferris Park Records), both from Detroit. Their remix draws out all of the elements in Alton Millers original mix and reassembles them to produce a track that is very different but is exactly the same. Work that one out! It is a deeply atmospheric track that has a momentum all of its own. It surges from the beginning, before subsiding into the ether, a perfect end to a very good ep.