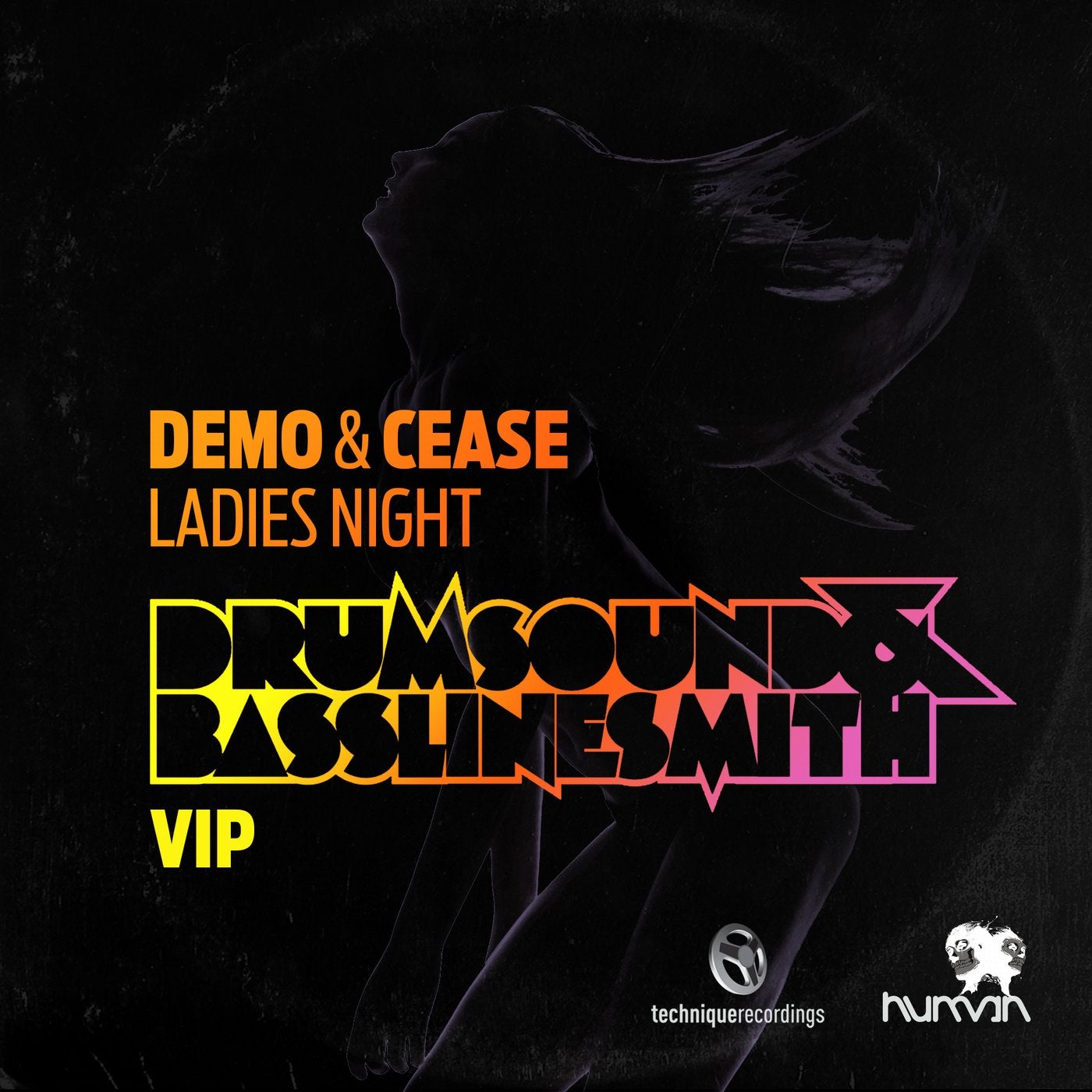 This tune's already been an anthem twice over and now it's back for the hat-trick. It earned its stripes as a general-purpose weapons-grade rave-killing dubplate in the sets of top echelon selectors. Then, in 2007, it dropped on general release, taking out a whole new wave of parties with the fallout. And now it's time for round three, in the form of a transatlantic team-up between Technique Recordings and Human Imprint. It's Demo & Cease's Ladies Night reconfigured by the masters of the main stage Drumsound & Bassline Smith. There's still the slick, lounged-back jazzfunk intro from the original, setting you up for a ruder-than-rude awakening. The now-classic, That bitch is a ho! call to action pierces the atmosphere like an icicle to the heart. Then a militant build gives you another sixteen bars to recalibrate ready to come correct for the almighty drop. Simple and elegantly vicious drum programming allows each punch of kick and snare to deliver its full bodyweight. The alarm-call riff punctuated by a variety of modulating bass tones keeps the energy levels unrelenting. And the interspersed vocal samples and road-hard fills combine to confirm this track's straight up thugness. In every incarnation, whether its Demo & Cease's percussive tech-driven original or the huge VIP mix, whether on dub or full release, this tune has been an anthem. And now, in this collaboration between Technique and Human Imprint, with Drumsound & Bassline Smith at the controls and support from the likes of Andy C and Friction, it's set to be an anthem one more time.