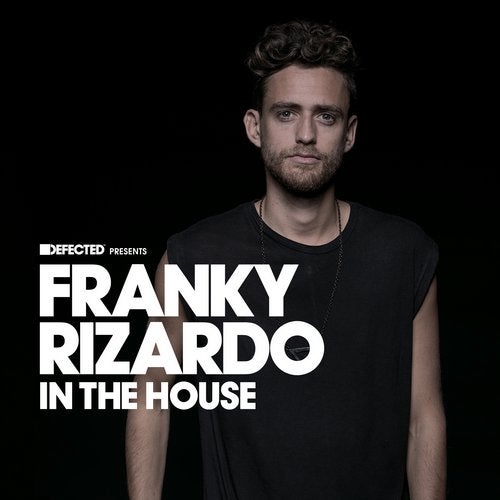 Long tipped as an artist to watch, Franky Rizardo has of late firmly established himself as one of house music's leading lights. The unassuming Dutchman's reputation has snowballed with every release, culminating in his smash 'Same Man', a stick of devastating dancefloor dynamite with an unmistakable hook. His contribution to Defected's 'In The House' mix series cements his position alongside some of the world's greatest DJs.

'Defected presents Franky Rizardo In The House' is built upon the firm foundations of Franky's own productions, including 'Same Man', 'Keep Cool', his rework of Roger Sanchez' 'Morning Prayer' and a host of brand new tracks and exclusive remixes. Cuts like 'Work It To The Bone' and 'Crazy Day', and his remixes of chart-topper Jax Jones' 'House Work' and rising starlet Anabel Englund's 'London Headache' - all exclusive to this compilation - typify Franky's ability to pair infectious vocals with driving dynamics. With an ear for tomorrow's timeless classics, like Laolu's remix of Dele Sosimi Afrobeat Orchestra 'Too Much Information' and Midland's 'Final Credits', Franky also shows off his technical ability, mashing up numerous tracks and accapellas across the two carefully-constructed 70-minute mixes.

The result is a compelling collection of contemporary house music, brought together by one of the world's most exciting proponents of the genre.