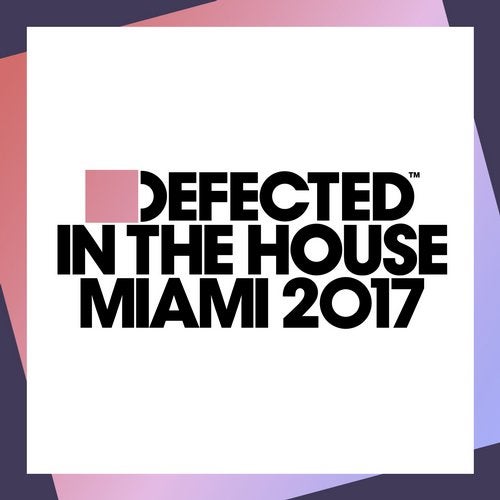 For over a decade, Defected In The House Miami mix albums have brought together the best new underground house music, championing upcoming talent and highlighting material from established artists. Defected In The House Miami 2017 continues the tradition of forecasting the records that will soundtrack the Miami Winter Music Conference, and remain fixtures for tastemaker DJs throughout the summer.

Midland 'Final Credits' and Red Rack'em 'Wonky Bassline Disco Banger' - here remixed by Eats Everything, Luke Solomon & Lord Leopard - have established themselves as modern house classics, whilst Franky Rizardo 'Same Man' and 'Release Me' by Memoryman (aka Uovo) & Rogue D look set to follow in their footsteps. Defected favourites Sonny Fodera and Kings Of Tomorrow join up for a soulful take on the former's 'Caught Up', whilst 'Keep Pushing' finds Full Intention in top form. Riva Starr provides some rolling tech with 'Is It True', whilst the deep house of Marie Joly, Black Coffee & Rebecca Murray 'Gratitude' (Pablo Fierro Remix) ensures that the album casts a light through the full house spectrum.

Spread across two expertly-constructed mixes, Defected In The House Miami 2017 is an essential collection that brings the Florida sunshine, wherever you may be during WMC.

Defected In The House Miami 2017