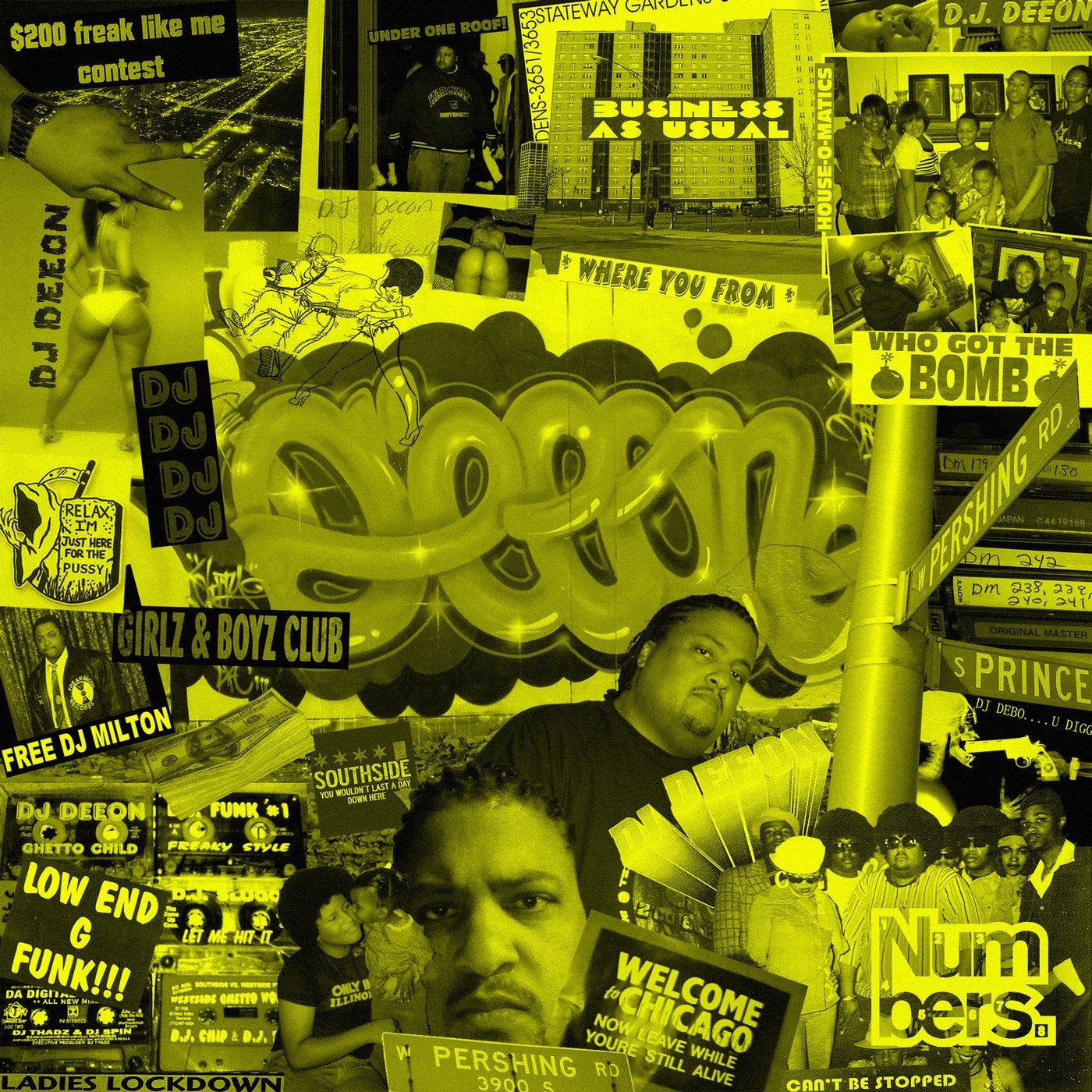 Attention please, wed like to shine a light on the man whose records would come to define many a Numbers party, who once described his music as "for the strippers, for the street. The original master of Ghetto House, the one and only DJ Deeon. Hailing from the Southside of Chicago, Deeon started out selling mixtapes in his local neighbourhood and playing at sweatbox house parties. Soon hed graduate from DJing to production, creating gritty XXX club tracks purely for the moment and the party. The music came from the classic drum machines that provided the spark for Chicago House and Detroit Techno whilst the lyrics and call & response chants were inspired by the parties he frequented. These tracks - originally released from 1994 onwards on the seminal Dance Mania label and now remastered from the original DAT tapes for re-release on Numbers - would go on to forge the Ghetto House sound alongside fellow DJs: Funk, Jammin' Gerald, Slugo, Paul Johnson & HouzMon. What made Deeons tracks special was that when he told you to shake it, thats exactly what you did. Deeon continues to produce and DJ to this day. We fulfilled a longstanding ambition of ours by having him play at one of our 10th Anniversary Parties in New York in 2013, and whilst hes still doing records for Dance Mania we at Numbers wanted to highlight some of the tracks that we love the most. So with the full blessing of Deeon himself, we have compiled our version of a DJ Deeon greatest hits EP. We kick things off with 2 B Free taken from 1996s Deeon Doez Disco, its monstrous jacking drums providing the guts for the First Choice sample to ride on top if it. Next is House-O-Matic, which was originally part of 1994s Funk City twelve. Hammered by Mills and almost everyone else back in the 90s - its all about the raw drums and rubbery bassline. We then stride forward to 1996s Freak Like Me, adding an x-rated taste of feminine pressure to the mix before closing off is one of the grittiest jack tracks we know, The 604. Pure analogue madness. This record is dedicated to the legacy of DJ Deeon, a man whose music born in Chicago went on to inform many an underground dance scene around the globe, from Glasgow to Rio to South Africa and back. We urge you all to continue buying Deeon's records, to see him DJ wherever possible and to carry on shaking dat ass to the classics.