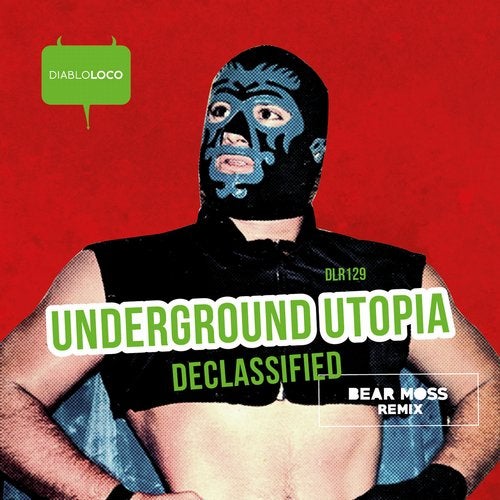 USA fresh Luchador UNDERGROUND UTOPIA aka El Nino Loco (a giant cloud baby luchador with blue skin) is ready for new adventures in da Lucha style! The furious Luchador received a call by the poor people of Puntarita island, a tiny island in the port of Mexico! The island is been famous all over the world for its brown bananas production but also for his underworld criminals! Local mafia chief, Borrito and his gang, decided to block all bananas production as he was asking for more and more taxes by the inhabitans of the small island. El Nino Loco arrived in the island and start fighting immediatelly against Borrito's gang, he has performed some fresh Lucha moves but the mafia chief was supported by other two gangs and things have been extremely difficult for our Luchador. BEAR MOSS aka El Malefico came over for help, he has used the code of masked wrestling and grow to giant size! A giant Luchador with a strong passion for beatz n' piece, enchiladas, cold beers and fast cars, he performed some thrillin moves and helped El Nino Loco to won the battle and set the production of brown bananas free again!!