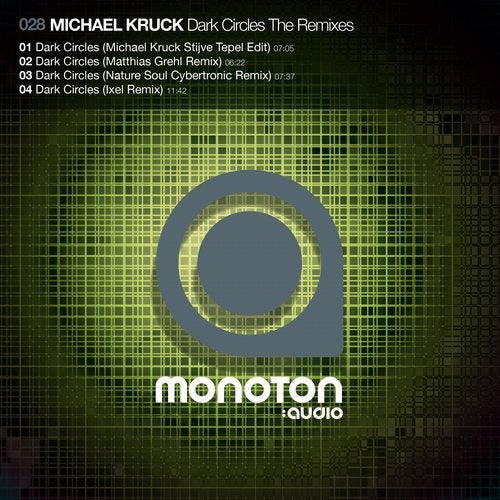 Exactly two years ago now, that we released Michael Krucks "Dark Circles", which is still one of his best tracks, we decided to release a special remix single of this track. Michael made an own edit dedicated to a special fan and invited his friends, Matthias Grehl, Nature Soul Cybertronic and last but not least Ixel from Berlin. Since years now the Fusion Club Resident Michael Kruck inspires with his definition of techno the fusion mainfloor. With his deep and straight forward mixture of sound he got attention in the last year again, primarily because of his releases on international well known labels like Naked Lunch, Blind Spot, De-Konstrukt or Elektrax Music. In the beginning of 2013 Michael founds his own Label - MONOTON:audio.