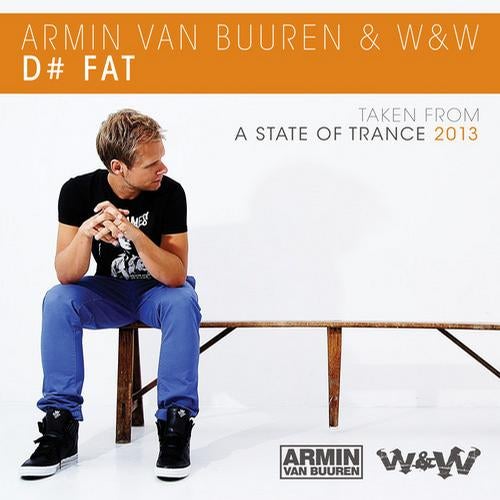 Duplicated from (Armind Armin van Buuren & W&W "D# Fat") Striving forward in the ever-evolving game of EDM, three visionary producers join forces. Armin van Buuren pairs up with the big boys of W&W. And for the love of musical evolution, big bass and highlight moments, they bring us 'D# Fat'.Armin's been a fan ever since W&W burst onto the scene with the seductive sounds of 'Mustang'. In the meantime, the Dutch rookies have come to take the lead in the next generation of EDM producers and the tunes hit in at warp speed. Following the official ASOT550 anthem, the unforgettable 'Invasion', is the next step in their career: to team up with Armin van Buuren. And so they did.'D# Fat' will be one of the shining highlights of the ASOT 600 world tour, but is sure to spread its glow long after the celebrations have ended. A genuine mix of warm melody, scintillating details, big bass action and techy trouble. Fat with a capital F indeed.