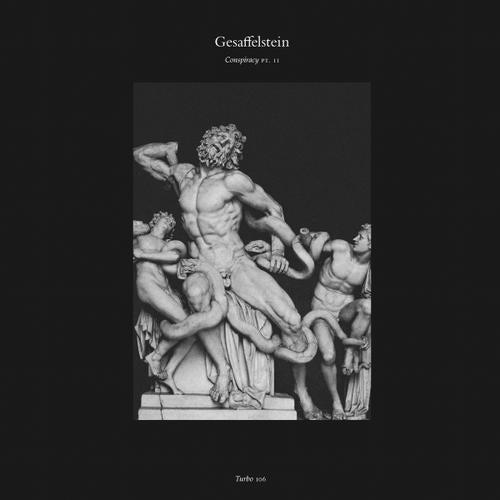 Turbo's breakthrough artist of the year returns with the 2nd half of his Conspiracy EP. Supremely confident, Gesaffelstein drops the BPM way down on the lead tracks, drawing out an even heavier sound than on his last records. The slower tempo brings tougher beats and even meaner synth sounds. Incredibly, he's found a way to make his now-familiar palette sound completely fresh again. More clearly than before, one can trace the development of an artist with a very refined musical agenda. Viol begins like the tuning of a modernist symphony, a brilliant aesthetic flourish before the track kicks off. OPR breaks down into a beautiful, futuristic synth-a-pella that recalls the best of Detroit techno, reminiscent of Dopplereffekt. Finally, on Conspiracy Origins - the only track composed in standard club tempo - tension builds and builds, waves of rising paranoia and driving rage run straight off a cliff. This is an outro with major attitude, inflected with violence and even contempt he clearly knows exactly what the crowd wants, but has the good taste and restraint to only give them what HE wants, which is, incidentally, what they need.