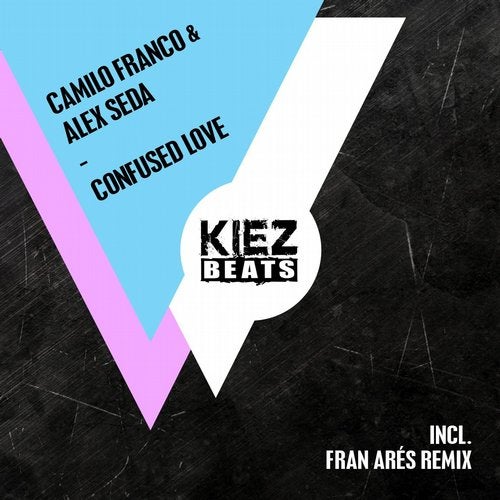 When Ibiza meets Miami in the studio. Camilo Franco and Alex Seda present a real cool collaboration, their new balearic tribal house and dance hit Confused Love. Camilo Franco is an internationally prestigious DJ and producer. Anyone who has heard of Camilo Franco knows, he is an exemplary hard working DJ. Week in, week out, Camilo is constantly on the move, attending his residency at worlds best club Space Ibiza during the club season and deejaying at other clubs, fashion events and festivals like Ultra Music Festival all along the year. During his professional career he has been nominated for several music awards, and in 2010 he was awarded as the Best Ibiza Resident DJ in the DJ Mag. As a producer, he has done several jobs on his own and also together with artists such as David Penn or Rene Amesz and he has remixed tracks for artists like Bob Sinclar or Roland Clark. Camilo has published in several labels, among which we can point out Toolroom Records, Nervous Records and Defected Records. His style can be described as house in all its sides. As he says: I love making people vibrate on the dance floor. In 2004, Miami born Alex Seda began working with legendary DJ & Producer, George Morel at Groove On studios in Miami. Since then Alex began developing his own sound, which is hard driving basses, precious melodies and groovy percussions. This sound grabbed the attention and received great support by todays top DJs such as Swedish House Mafia, David Guetta, Steve Aoki, Tiesto, Mark Knight, Fedde Le Grand, Carl Cox, Pete Tong, Roger Sanchez, etc. With original productions and remixes on Zulu Records, Stereo Productions, Onelove, Nervous Records, Milk & Sugar etc. Alex has also remixed tracks from Hoxton Whores, Crazibiza, Rene Amesz, Roland Clark, Eddie Amador, Trent Cantrelle etc. His sound has garnered him residencies at some of the worlds hottest spots like Ministry of Sound Spain, Bora Bora Ibiza or Nikki Beach Miami because of his fresh beats and eclectic sounds. He is always a guarantee to keep the dance floor going crazy and coming back to ask for more. On remix duties we have the star dj from Madrid, Spain, Fran Ares.