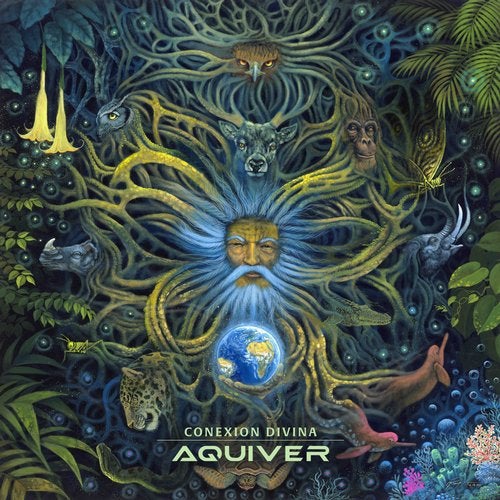 We're welcoming into the Desert Trax family a crowd-pleasing EP from Israel's Aquiver. A concept album dedicated to re-harmonizing human hearts to the wonders of nature.

Conexion Divina (Divine Connection) is a five-track EP covering psychedelic breaks, dub, dubstep, glitch-hop, and downtempo. Across each of these songs, a different tempo or genre is given a fully psy exploration. Fans of Ott, Bird of Prey, and Kalya Scintilla will each hearken to a particular familiar sound, and fans of label founders Desert Dwellers will be swept away in the ethereal vocals of closer 'The Great Barrier Reef,' which is a tribute to one of the greatest wonders of the natural world, which has undergone such devastation over the past year. Aquiver wants to remind fans that half the world's coral has disappeared in the past two decades. The title track itself is meant to evoke the story of systemic deforestation. In addition to presenting a collection of incredible productions, Aquiver has crafted a concept EP built around reconnecting human roots to nature. Conexion Divina is out January 10th on Desert Trax