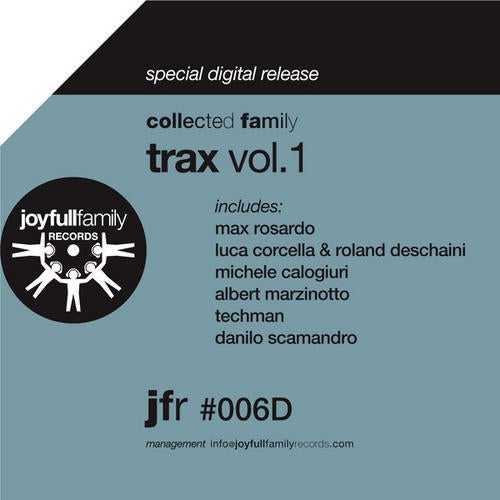 This is the first various artists collection from Joyfull Family Records, the Salento based label distributed by Prime Direct from London which have already carved a more than decent reputation for itself within a short period of time. >> The Collected Family Trax Vol.1 contains some trax produced by young and fresh dj's from Italy, Albert Marzinotto (Ocean Trax), Max Rosardo (Recycle Records), Danilo Scamandro and Michele Calogiuri (one of the owners of the label) with the exception of the works of Techman, new entry for the Family, promising and talent russian producer from Moscow. Tribute trax produced by Luca Corcella & Roland Deschaini then come to life to commemorate the brightest stars of rock music: Jimi Hendrix and John Lennon. The first is dedicated to the Guitar God Hendrix, and it blends the warm sounds and atmosphere of House Music with outstanding guitar solos and excerpts from Jimi's speech in Woodstock. On the other hand, the second track is dedicated to Lennon, and features a rare interview in which he describes his first acid trip with his bandmates.