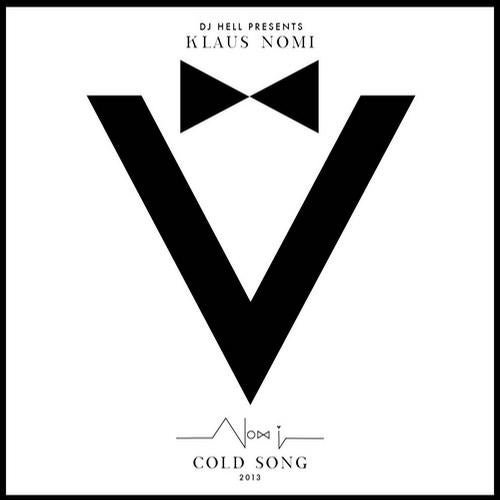 DJ Hell is known for pulling together disparate corners of the music universe, digging through history to pave a way forward, and the latest Gigolo Records release is a shining case in point: Hell revisits new wave vaudevillian (and fellow Bavarian) Klaus Nomi, now getting awoken thirty years after his tragic premature death.

But the song goes back further than that. "Cold Song" was actually written by 17th century Baroque composer Henry Purcell and poet John Dryden for their opera King Arthur. Nomi recorded a version for his self-titled album from 1981--engineered by electro pioneer Man Parrish--and it was also the last piece he performed publicly during his lifetime.

The 2013 Remake adds a totally new dimension to the original, tailored unapologetically for the dancefloor with an Italo-disco edge. Augmented by crisp, icy arpeggiation to contrast Klaus Nomi's warm, glowing voice, "Cold Song" now offers a completely different type of intensity, more kinetic than sublime. On the flip side, the DJ Hell Remix re-envisions the piece as a house track, with African polyrhythms and synthetic bleeps dancing around Nomi's sky-high countertenor. Two interpretations that differ as drastically from one another as they do from the operatic original. Watch for the forthcoming remixes from Hrdvision and DJ QQ as well!