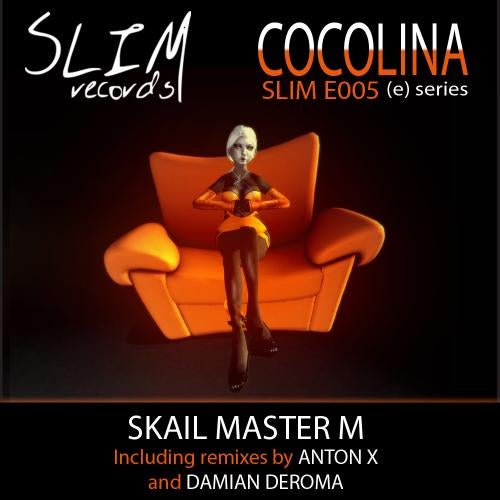 An openly provoking title, a sulphurous vocal spiral. Undoubtedly, Skail Master M Plays on with fire with "Cocolina", an exciting new release to be discovered within the (e) series eclectic frame.

The whole, spiced up by a vibrant, stylish cover imagined by the young talented Nefestine, instantly spreads its stimulating essence, and takes advantage of an appealing variety of beats and sounds to sustain its keen, ironic licentiousness. As for a result, an amazing, impeccably balanced electro suite, glowing as an easy going reflection of the troubled nocturnal microcosm, a world in-between light and shades, where the power of music and words combine together to compose an explosive cocktail. To discover. without any restraint or prejudice.