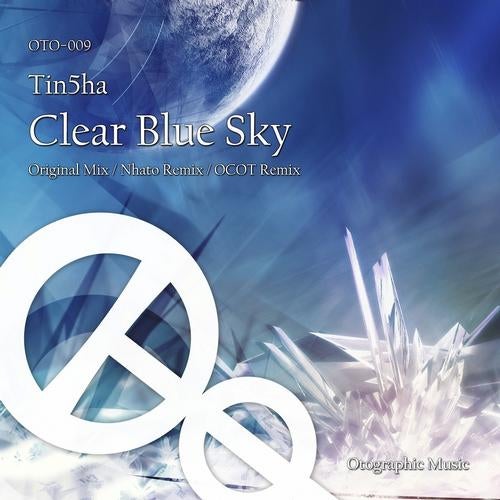 Tin5ha, who has acted as alias "Favor," breaks his silence for three years and finally comes back to the scene. Through the interval, he refined and evolved his skills and senses such as balearic arrangements and emotional melody lines. This comeback release "Clear Blue Sky" brings you both his continuous originalities from Favor's era and his cutting edge attempts. Original Mix begins with warm pads and basslines, then glittering plucks and synths appears. After breaking, epic melodies cascade and you will be into a sense of sailing through a clear blue sky.

There are two amazing remixes from Nhato and OCOT. Nhato, who is well known as a rising star from Japan and gaining worldwide popularity with his latest production "Bjorn Akesson - Painting Pyramids (Nhato Remix)" on Future Sound of Egypt recordings. Nhato developed original sounds more dynamic. It is truly a party tune, bangin beats and funky baseline create supreme excitements. OCOT, who leads Japanese psychedelic trance scene in his another alias "TRI-Force," reincarnated the original mix as another soundscape. While leaving some original pieces, rebuilding chords and rhythms, adding psychedelic essences, finally dreamy and euphoric atmospheres are here.

This is Tin5ha's new dawn. Keep your attention to his future activities.