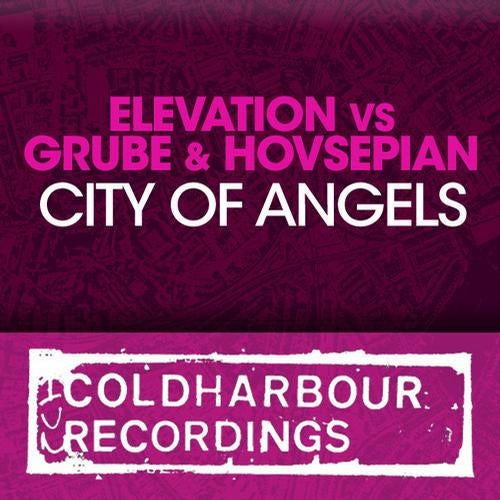 When details of Markus Schulz's Los Angeles '12 compilation first emerged, many eyes were drawn to the track "City of Angels" - not just because the name itself paid tribute to one of the greatest cities in the world, but it also highlighted a surprise collaboration between one of Coldharbour's original visionaries, Elevation, and a duo ascending through the ranks, Grube & Hovsepian. A longtime friendship has resulted in undoubtedly one of 2012's anthems.Mike Targanski has spent much of his time between Detroit and Miami over the years, and under his Elevation guise, is responsible for producing what many regard as Coldharbour's finest ever output - the iconic Biscayne from 2009. Tim Grube & Mike Hovsepian's coast to coast friendship (respectively based in Miami and Los Angeles) has been symbolised with a steady stream of releases for Coldharbour in the past few years, most notably the anthemic Invisible, featured on the Prague '11 compilation. With the seeds sewn for Los Angeles '12, the three minds united to create something that not only would be a key component to Markus Schulz's livesets, but also one which would leave a lasting memory in the annals of the compilation series. The result - an energetic buildup with a melody and breakdown exemplifying what Coldharbour does best, and it is no surprise that it has become one of the most popular weekly requests on Global DJ Broadcast and elsewhere. Not only is the original so appealing, the rest of the package aids the candidacy for City of Angels to be one of 2012's best releases. The minds of Elevation and Grube & Hovsepian were back at work to give the track a new twist, with the Deep Mix providing perfect ammunition to DJs playing early in the night, and indeed an important building block in a radio show. With festival season in earnest, one of Coldharbour's go-to guys is recruited, and Estonia's Beat Service delivers the goods again, with his remix a highlight of Markus' sets at the recent Electric Daisy Carnival events in New York and Las Vegas. Los Angeles is a place everyone should visit at least once, and thanks to the efforts of Elevation, combined with Grube & Hovsepian, Coldharbour's affinity with the City of Angels will remain forever.