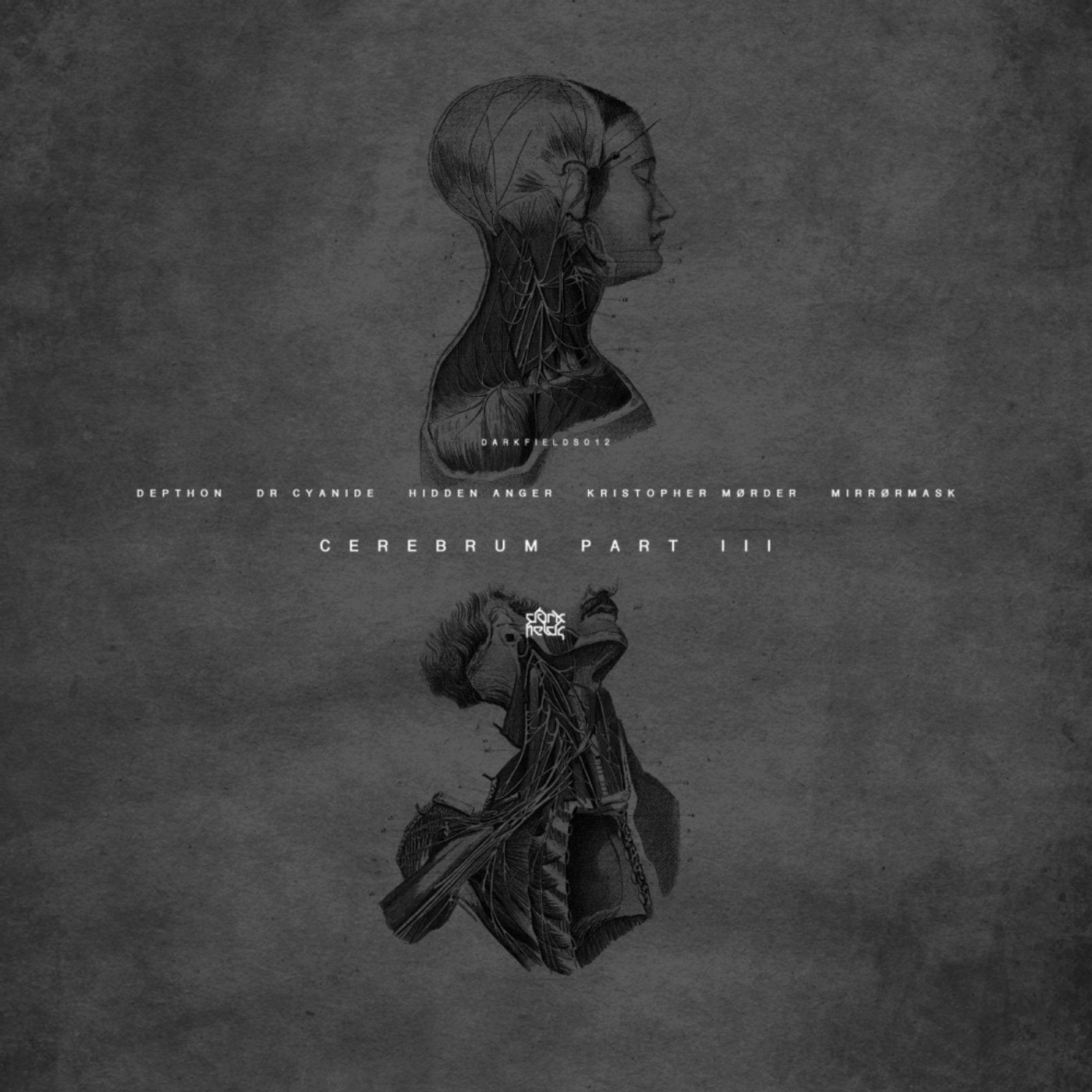 Dark Fields third, dancefloor oriented techno compilation, 'Cerebrum' has arrived. In this small package you can discover from minimalist and DJ Tool style tracks to more complex, precise musics with heavy basslines, synth sequences and with its own story.

'Cerebrum Part III' featuring tracks from the Madrid-born Dr Cyanide, who is the head of Hardtools Records. His Birmingham style influenced tracks released on labels such as Granulart Recordings, PoleGroup's sublabel Aine, Kobayashi or Newrhythmic Records and his musics was remixed by heavyweight artists like Kessell from Exium, Kike Pravda, Michel Lauriola or Al Ferox.

Dark Fields founder Mirrørmask and one of the most active members of the label, Kristopher Mørder stands behind the duo called Hidden Anger. The first EP of Hidden Anger came out at the well-known and respected techno label, Subsist Records and one of tracks from 'Radiant Energy EP' landed immediately on the legendary Surgeon's playlist and played at Dekmantel Podcast 200. In addition they received great feedbacks from Slam, Etapp Kyle, Alderaan or Electric Indigo. But Mirrørmask and Kristopher Mørder show their skills separately as well in this release and 'Cerebrum Part III' will be complete with them.