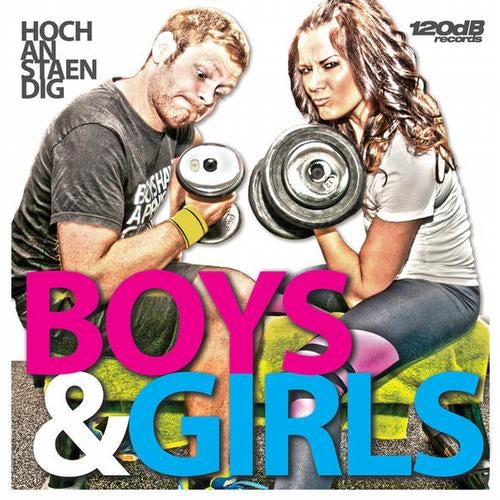 In the last four years, the two ?troublemakers? caused a lot of excitement with their releases as well as countless live shows. Over the years the two also developed the typical HOCHANSTAENDIG sound, culminating in the two hit tracks "Super Duper" and "Ba Bam". These ?bombs? took the DDC (German dance charts) as well as the dance floors by assault! They surprised the music scene with the clubby remix version of the pop song "Herzschlag" as a collaboration with german singer/songwriter Cris Cosmo, followed by HOCHANSTAENDIGs first longplayer ?Eins?, that was released on 120dB Records by the end of 2012.
Now after releasing many successful Remixes, Bootlegs, free tracks and a Album Remix EP called ?EINS.ZWEI?, here comes their first official single, that starts the next chapter in HOCHANSTAENDIGs bio- and discography: the massively pumping electro track ?Boys & Girls? and the official music video are dealing with typical gender cliches. As in their previous videos ?Super Duper? and ?Ba Bam?, HOCHANSTAENDIG will certainly clear up on their funny and ironical way with these stereotypes?